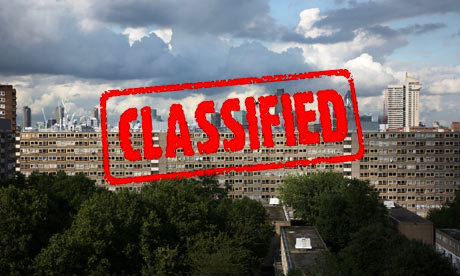 The Evening Standard, Inside Housing, Property Week, as well as the local press, have printed stories about Southwark Council’s appeal against the Information Commissioner’s decision that it make the Heygate masterplan viability assessment public. Regeneration Cabinet member Councillor Fiona Colley blames a minority of people looking fruitlessly for something sinister.
Cllr Colley misses the point: the problem isn’t that there might be something sinister going on, the problem is that Southwark has lost about 600 social rented units because Elephant developers routinely use viability assessments to avoid building them. Taken together the Strata Tower, 360 Tower, Tribeca Square, Heygate estate and ‘One the Elephant’ will deliver about 4000 units, but only 79 social rented homes - there should be nearly ten times that amount, 700 or so if Southwark had stuck to its affordable housing policy. All these developments used financial viability assessments. An earlier blog post shows that providing them is a small industry. The trick is to get one which shows that there will be less than 20% profit, after all values, costs and sales revenue are accounted for. The development is then classed as unviable and the affordable housing can be dropped.

Developers hide their assessments behind ‘commercial confidentiality’. This prevents planning committee members from seeing them. The same councillors are expected to approve the planning applications nonetheless and more often than not do so. In fact there is probably little developers don’t know about each other’s working methods; they are more concerned that the public doesn’t get an insight into their ways of doing business.

Nor are developers likely to desert Southwark, just because one of them has to reveal a financial viability assessment. Viability assessments are made public in other circumstances, such as developer’ appeals against adverse planning decisions, and the profits to be realised from Southwark’s advantages as a central London borough will remain a big attraction.

Lend Lease were fully aware of Southwark Council’s 35% affordable housing policy when it pitched to become the development partner. It signed the regeneration agreement in 2007, which pledged to provide half of the affordable housing as social rented housing. It has successfully beaten down the amount of affordable housing to 25%, and it has successfully reduced the amount of social rented housing to almost zero - all on the strength of confidential dealings including the financial viability assessment. The public have a right to see it.

The successful planning application for the Linden Homes development at St. Georges Circus was accompanied by the usual financial viability assessment pleading poverty. On this occasion however - and much to its credit - Southwark Council refused to accept this plea, and at the twelfth hour planning permission the developer discovered he could provide more affordable housing after all. Notwithstanding the other merits of the application (there were many local objections to the demolition of the pub and period buildings) this shows what can be achieved when you stand your ground. Let’s hope Southwark learns the lesson. To demolish or not to demolish……

Southwark’s announcement last week that the shopping centre was to be demolished caught everyone by surprise, including the shopkeepers judging by local newspaper reports. The headlines emphasise the demolition and Cllr Fiona Colley is quoted saying that it has been agreed with owners St Modwen and the Greater London Authority. St Modwen seems less sure – it just says that they remain committed to redevelopment and delivering a viable scheme. Southwark has the alternative of compulsory purchase if needs be, but that could be a bruising battle. Like the Heygate estate, the shopping centre has always been viewed as an obstacle by the champions of regeneration and from their point of view demolition makes sense. St Modwen failed in their bid to become the regeneration partner and hasn’t engaged with the local community at all about their ideas, so Southwark Council cannot be blamed for asserting itself against them. But just as on the Heygate the interests of the current occupants seem to be incidental. The shopkeepers and the stall holders that cluster around the centre serve the people who live at the Elephant now, but are in the dark about what is going on. Doesn’t the future include them?

The decision to demolish or not should not be left just to the big guns. Shopkeepers and the local community must be allowed their say.