The Aylesury CPO Inquiry resumed back at the Den on Tuesday, but by the end of day the Inspector had decided extra time was needed. She accepted the objectors’ argument that there were still legal questions to be answered, among others about the absence of a successful ballot result in favour of demolition. She also agreed that objectors needed more time to get legal assistance and that it will probably be autumn before the the inquiry resumes. We understand that the leaseholders have since instructed Landmark Chambers to act on their behalf. 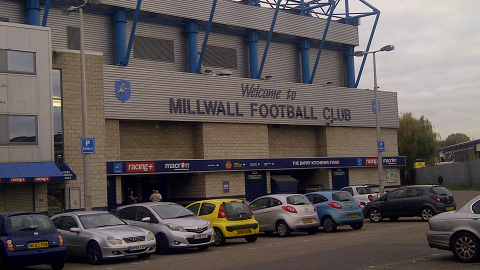 Tuesday’s hearing returned to the issue of the Bermondsey Spa regeneration and the switch of tenures from social rent to affordable rent. Objectors had raised questions about this at the first hearing and in their opening submission, but were told that Southwark and Notting Hill Housing needed time to look into the details before answering questions.

On being questioned again, this time representatives from the council and Notting Hill both said they could not comment because the matter was in the hands of their respective legal departments.

Nevertheless, Southwark did table two ‘explanatory notes’ agreed with Notting Hill about the Bermondsey Spa regeneration and four other developments, which did shed some further light on the matter. The first of these shows that wholesale changes to the tenure mix had been made post approval on all four developments and that while there was an overall increase in affordable housing of 260 units, there was a net loss in social rented housing of 15 homes. Also in each case a broadly policy-compliant scheme was changed after planning approval to become wildly non-compliant. 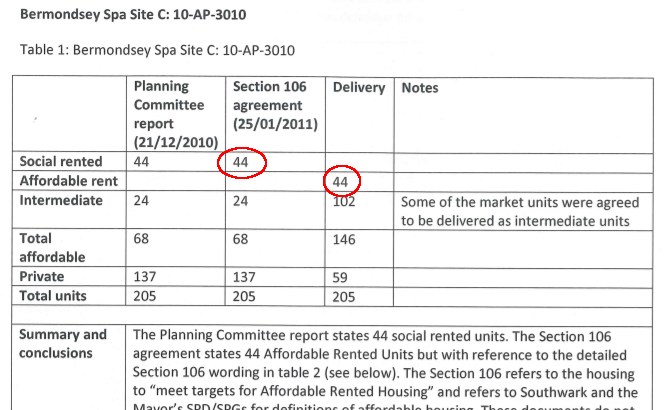 The second note was a strictly legal description of how in each case these changes could be justified. It does not address any of the issues about policy compliance, the correct mix of social and intermediate housing, or why the planning committee is left entirely in ignorance of the significant tenure changes being made post approval.

In the second note Southwark also confirmed that the definition of affordable rent used in the legal agreements “can be interpreted flexibly enough to allow them to be delivered as social rented units”. However, Notting Hill doesn’t agree - as the note says: “It is not yet clear whether the parties agree on the correct interpretation.” Southwark has therefore “sought advice from the council’s legal department” and Notting Hill is also “seeking advice in relation to the wording of the agreement”. 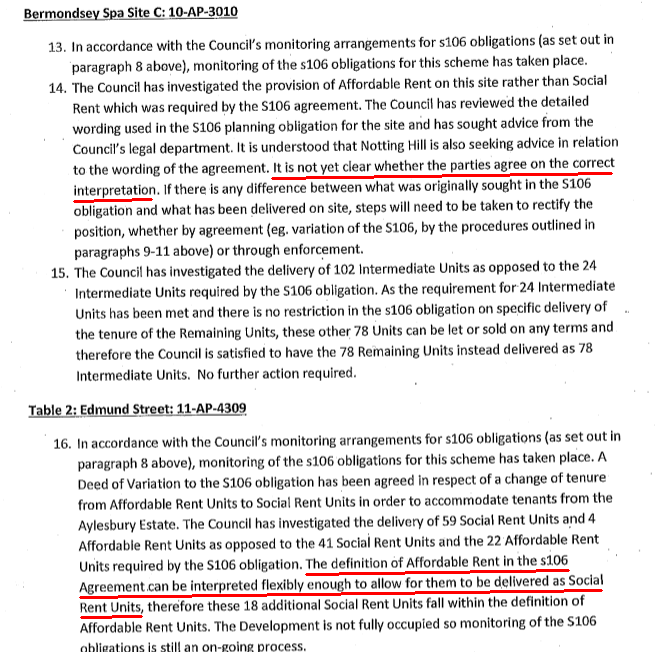 The problem for Notting Hill and Southwark Council is that they have been found out. By using the same legal definition for both affordable rent and social rent, they can claim to be delivering social rented housing when in actual fact they are delivering affordable rent. The question now is who is going to shoulder the blame and whether or not the affordable rented units at Bermondsey Spa (and maybe elsewhere?) will be converted to social rent.

If these differences cannot be resolved amicably Southwark has the option of enforcing its own interpretation, in which case Notting Hill could respond via the courts. Notting Hill Housing is Southwark’s development partner on the Aylesbury and its largest development partner in the borough. So the Council needs to lay down the law and make sure that Notting Hill delivers the social rented homes that the borough so desperately needs, not some bogus ‘affordable rent’ or ‘target rent’ by the back door.

Postscript Update 22/5/15 Southwark News has picked up on our tenure switch story and published an article with quotes from Cllr Williams, claiming that the council is “looking into the rent levels proposed at Bermondsey Spa” and that “appropriate action” will be taken. The article also confirms that Notting Hill has built a total of 1,442 homes in Southwark and that it has another 5,489 in the pipeline.