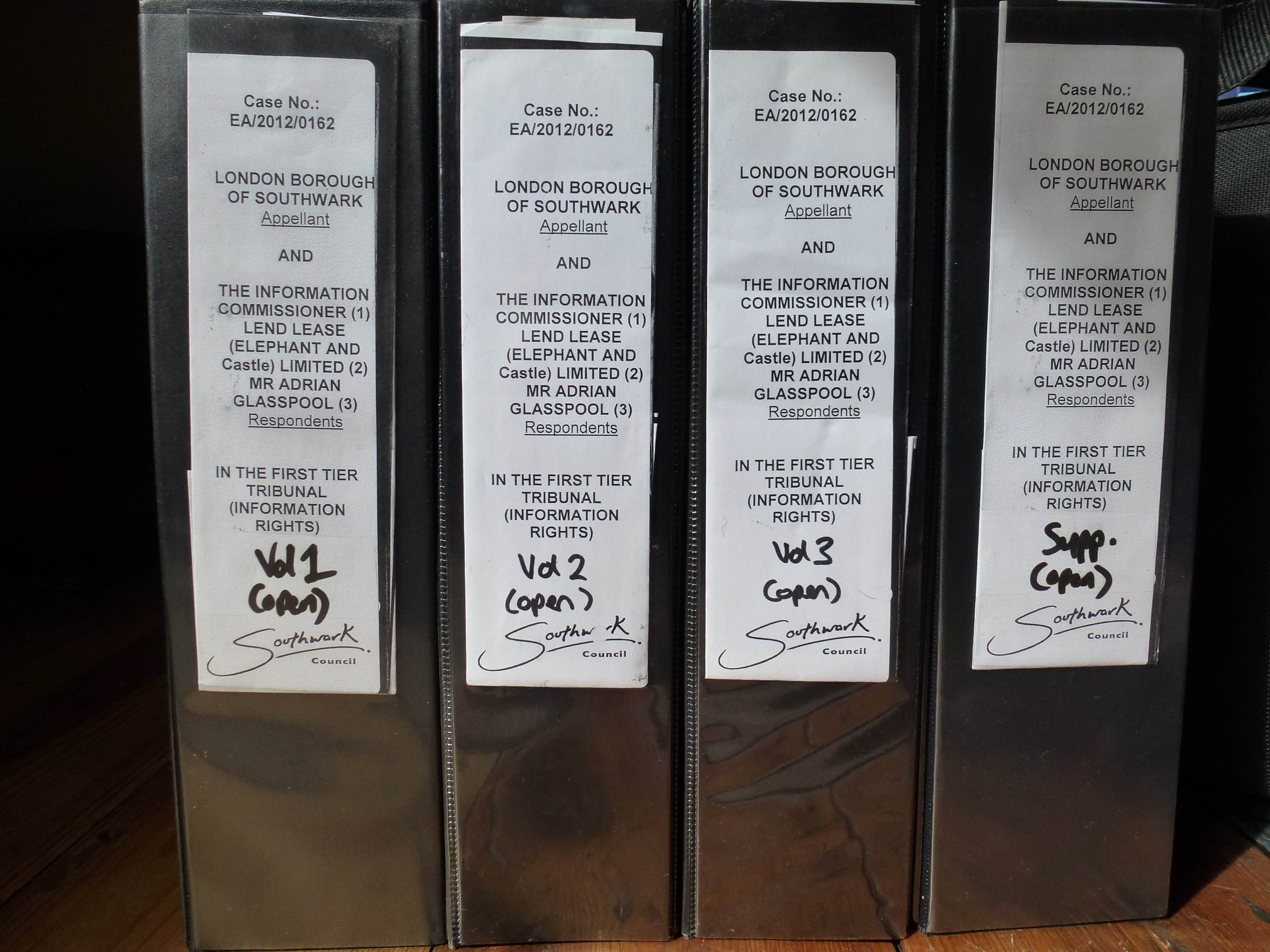 After three years of appeals by Southwark Council and its development partner Lend Lease, Adrian Glasspool has finally received the viability assessment for the Heygate outline masterplan in response to his May 2012 FOI/EIR request. Southwark had initially rejected the request and appealed after his subsequent complaint was upheld by the Information Commissioner. A long battle through the Tribunal system then culminated in a 6 day hearing in February last year, followed by a decision notice directing Southwark to release the assessment minus some of its financial modelling figures1. Following a further dispute about exactly which figures could be withheld, the Tribunal resumed and issued a final decision in March this year. The viability assessment was then received in April and after examination by sympathetic industry experts we can now disclose our findings. The Heygate tribunal case has since triggered decisions to disclose viability information for other large regeneration schemes including Earls Court regeneration and Greenwich Peninsula.

25% is deemed the acceptable level of profit

Savills settled on 25% as the acceptable level of profit and the minimum needed to test the viability of the scheme - i.e. the ‘viability benchmark’.

But no explanation is given as to why 25% profit was used as the viability benchmark, rather than the 20% Lend Lease had agreed contractually with Southwark in its Partnership Agreement2 (Southwark is a development partner in this scheme); all that Savills says is this:

In his report on the viability assessment, the District Valuer was clearly not impressed with this explanation. “I do not adopt the profit benchmark that Savills have adopted..”(page 30, para. 2)

He goes on to say:

Nonetheless, Southwark ignored his advice and accepted the 25% figure (equivalent to approx £300m3) as the viability benchmark in calculating the affordable housing offer. It’s important to note that as well as the viability assessment, “the Council keeps DVS’s report confidential also”4; it is not shown to planning committee councillors and there is nothing obliging the council’s planning officers to implement, or act upon any of the District Valuer’s recommendations.

The 25% required profit figure in the viability assessment serves to inflate the projected development costs and allow the consequent reduction of affordable housing. In the event, the number of social rented units was reduced from the 4325 required by policy to just 74, and the total number of ‘affordable’ homes from 35% to 25% (a reduction in itself of £90m worth of affordable housing6).

During the Tribunal hearing, council officers acknowledged that they did not actually see the viability assessment themselves, but depended entirely upon the District Valuer. However, the District Valuer said that the 25% profit margin was too high and well above the 15% average. So with this in mind and, in the knowledge that the Partnership Agreement had stipulated a lower figure (20%), why did Southwark continue to allow the 25% to be used as the viability benchmark?

An important element of the viability assessment is the anticipated sales prices of the new homes. If this is underestimated it reduces the projected profitability of the development and the amount of money available for affordable housing. The viability assessment estimated that Lend Lease’s new flats would sell for an average of £600 per sqft7.

The District Valuer flagged this up and expressed concern that Lend Lease’s sales projections were “too conservative”(para. 81). He explained that “much of the local sales evidence is not comparable to what is proposed” and “does not give an idea of what may be achieved following redevelopment.”(page 40)

The local ‘comparable’ sales evidence provided in appendix 12 of the viability assessment, shows just how poor the supporting evidence is. Property number 24 on the comparables list is this 2-bed ex-council flat on the council’s Pelier estate straddling the Walworth/Camberwell borders; a long way from the 35-storey, concierge-serviced luxury towers Lend Lease is building up at the Elephant. 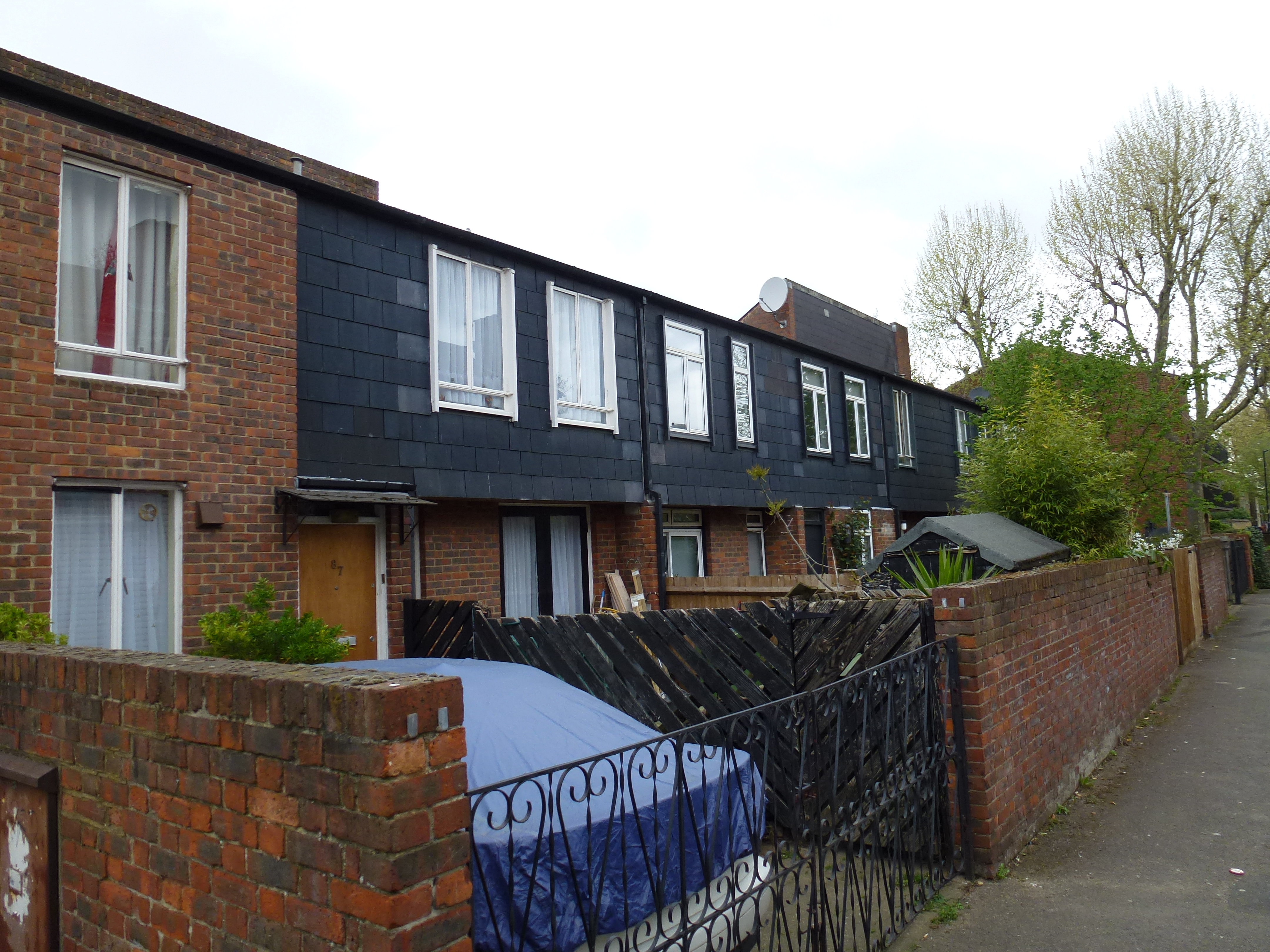 A quick trip to Lend Lease’s marketing showroom at the Elephant shows that its price list for ‘West Grove’ (the latest phase to go on sale) is advertising flats for sale at an average of £1,012 per sqft - i.e. £400 per sqft more than Lend Lease’s viability assessment estimate.

Why no review mechanism?

As a result of his concerns about the pessimistic sales projections, the District Valuer recommended that a ‘review mechanism’ be made a condition of planning consent. He recognised that even a small increase in the sales values given could have a “significant impact on the profitability and this underlines the need to have a review mechanism.”(page 39, para. h).

Southwark however, did not think a review mechanism was worth their while; the case officer’s report for the masterplan application said:

“Given that the development is phased and extends over a prolonged period, it would normally be expected that the viability situation should be reviewed, so that in the event of an economic upturn an increased level of affordable housing could be secured. It should however be noted that the indicative viable level of 9.4%, indicates that a very significant economic upturn would be required in order to bring the viability to a level of affordable housing above the 25% proposed in this application. Hence it is unlikely (in light of the current viability gap) that a review would secure any increase in the quantum of affordable housing that could be supported by the scheme.” (paras. 153-154)

“The [financial] model could not be opened as the file was incompatible with the Council’s computer systems.”(para. 73)

Nonetheless, despite being so dependent on the District Valuer, Southwark ignored his criticism of the profit level and ignored his recommendation that there should be a review mechanism. As a result Southwark has lost 358 social rented homes, while Lend Lease stands to make whacking profits.

‘Something Sinister’ or ‘crap journalism’?

Southwark has spent 3 years and a significant amount of taxpayer’s money on lawyers, arguing that local people don’t have the right to see documents that their elected councillors had based important planning decisions on.

Southwark’s regeneration boss justified the council’s position by claiming that it had “There is nothing I would like more than to publish this document and show the world what a fantastic deal we negotiated for the people of Elephant & Castle. However, we entered into negotiations with Lend Lease on a confidential basis, and I am not willing to break that agreement because a handful of people wrongly think the document contains something sinister.”

We have published the disclosed viability assessment on our website, and will be further exploring the information it contains in a series of blog posts to follow. In the meantime Southwark has got some serious questions to answer. As a result of the findings in a similar Tribunal case in Greenwich Peninsula, media pressure forced Greenwich Council to change its policy and make all viability assessments public by default. Southwark on the other hand has shown no such humility; in response to the Guardian’s exclusive story on our findings, council leader Peter John claimed that the article was “wrong” and accused the Guardian of “crap journalism”. Guardian journalist Olly Wainwright then responded by inviting Councillor John to “get in touch if you think there are mistakes”, to which he replied “Corrected your articles previously - can’t do it every time.” 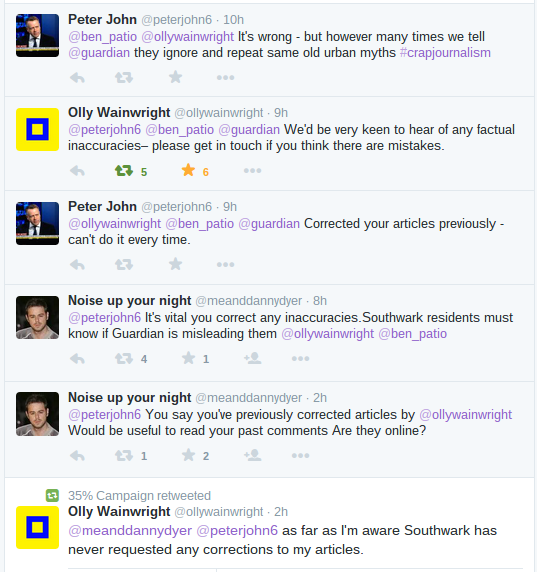 We have been campaigning for several years now around the Elephant & Castle regeneration, much of which has involved trying to initiate some kind of reasoned debate around planning decisions affecting local people. We have made a point of ensuring that our criticisms are grounded in fact and supported by evidence (even when information has not been made readily available). To date these criticisms have been largely ignored by Southwark council. However, this time the claims are relatively serious and supported by detailed information in the disclosed viability assessment that Councillor John has spent 3 years fighting to conceal. Rather than claiming the assertions are simply “wrong” or “crap journalism”, we invite Councillor John to make a more dignified response. Beyond correcting what he believes is inaccurate, we invite him to answer two very simple questions: