Just as the dust settles on the rubble of the Heygate estate, consultation begins on the demise of another large part of the Elephant & Castle’s local community.

Shopping centre owner and property developer Delancey, has publicised proposals for a ‘new town centre’ and its working assumption is that the shopping centre will be demolished and current traders will just up-sticks and ‘move on’.

An exhibition of the proposals, dubbed ‘Completing the Masterplan’ was held last week. It displayed proposals for a mixed-use development of retail, 1000 new homes and a new campus for the London College of Communication. LCC would move from its present campus, allowing that land to be incorporated as part of the redevelopment scheme. 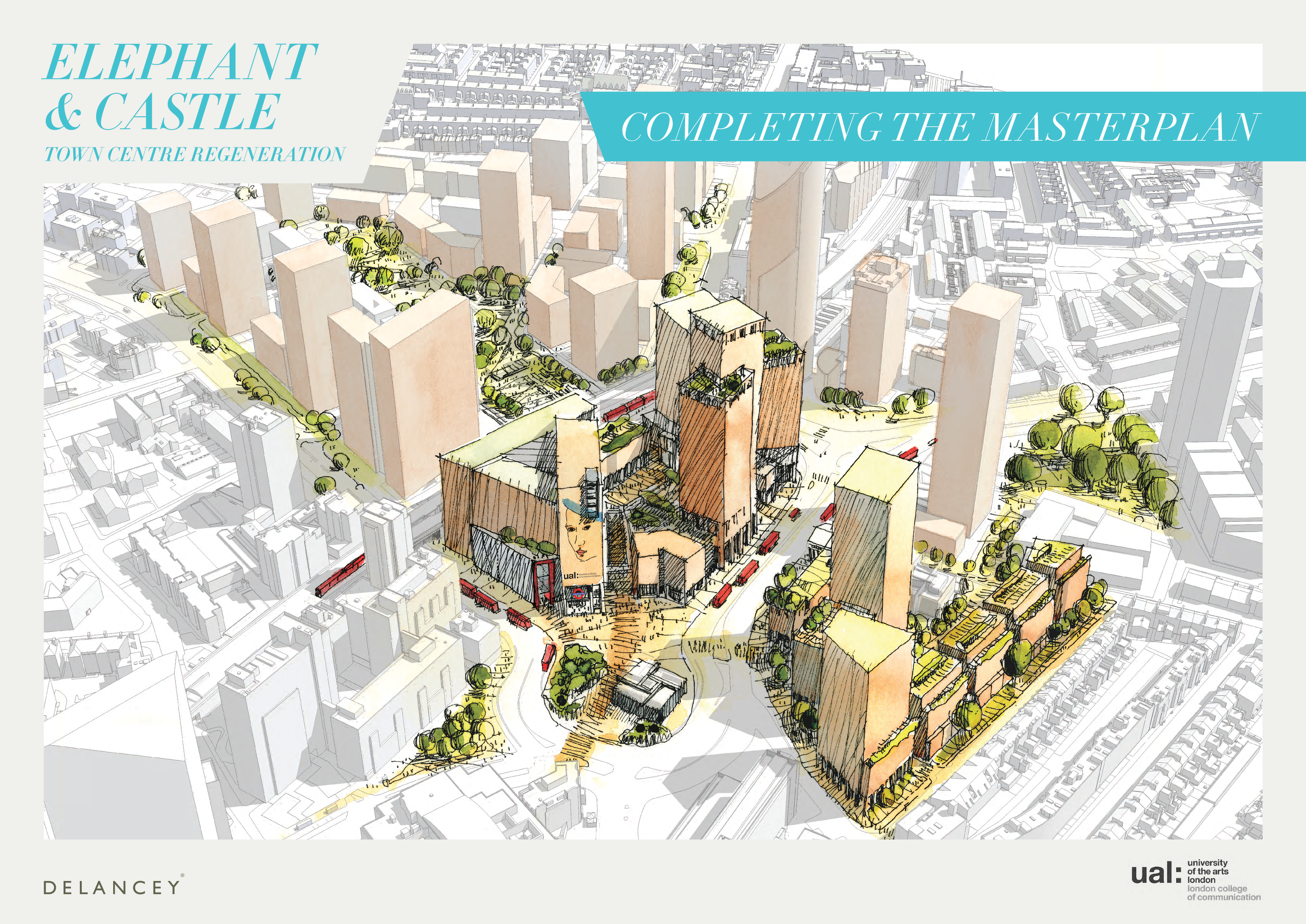 The proposals will obviously entail the demolition of the entire shopping centre including the Coronet theatre, but the exhibition does not dwell on this. In our view, demolition is not a foregone conclusion; at the time Delancey bought the shopping centre, refurbishment was the preferred option and it may look a bit tatty but for a lot of people it still has great social value.

The exhibition also failed to say what will happen to the current shopkeepers and stallholders, who depend on the centre for their living and provide a valuable service to the local community.

Nor did the exhibition say how much affordable housing there will be. The 1000 new homes will be entirely private rented sector, with maximum 3 year tenancies and none will be for sale, but this does not exempt Delancey from the policy requirement to provide 35% affordable housing, half of which must be social rented. 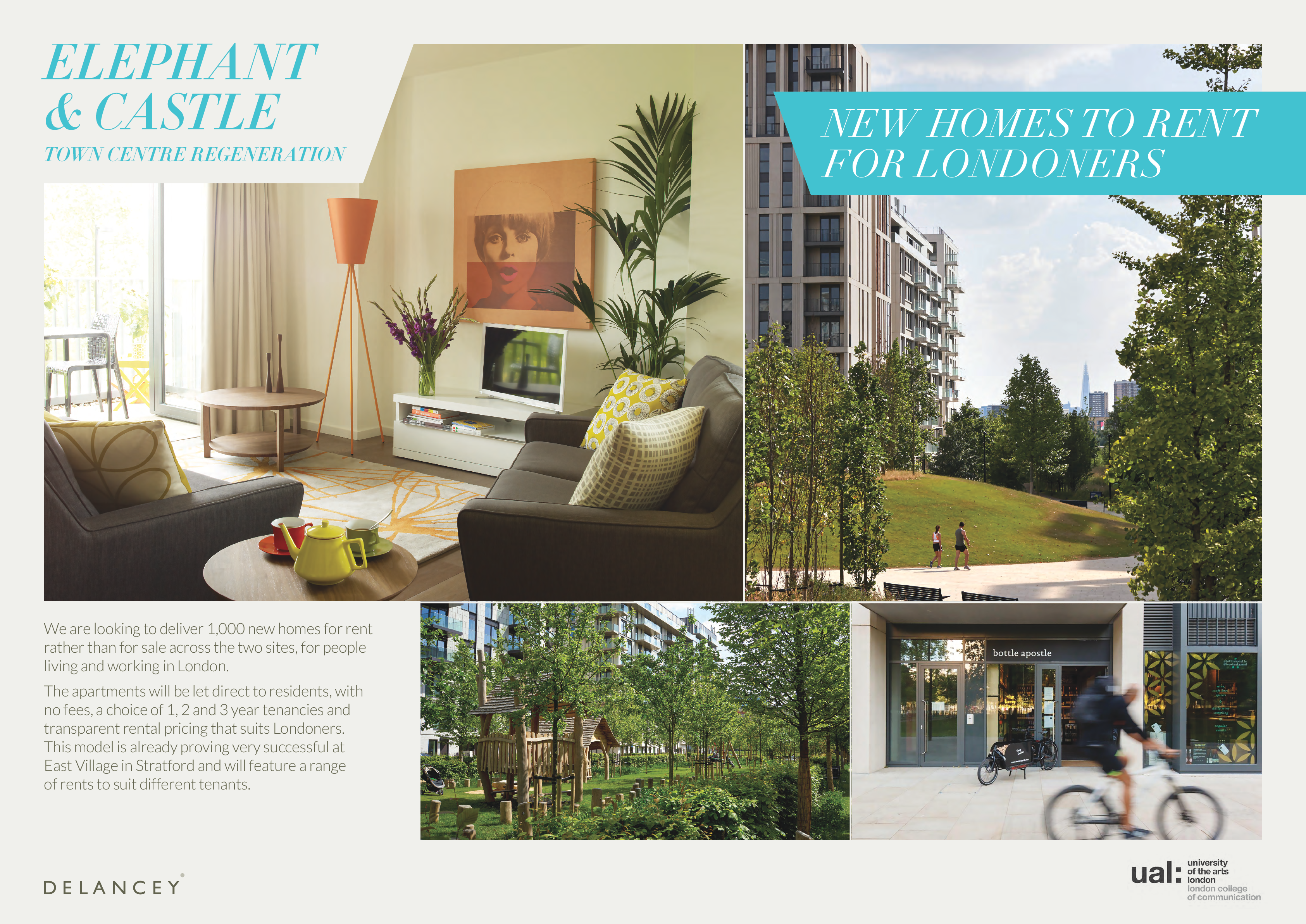 We took up the invite and went along to the exhibition to speak to Delancey’s representatives, who provided answers to some of our questions; yes, there will be affordable housing but how much hasn’t yet been decided; and no, there will be no provision for current shopkeepers, their leases are coming to an end and they will have to move on.

Delancey suggested that some traders may be able to pick up space in its Tribeca Square development next door, where there should be a small number of retail units, some at reduced rents and earmarked for displaced shopping centre retailers (see section below for more details on this).

This is Delancey’s second public consultation event for its shopping centre redevelopment and despite being a statutory part of the planning process, there are three big, basic questions that Delancey has not addressed:

Without public discussion of these questions there can be no meaningful consultation. Southwark council should send Delancey back to the drawing board and tell it to come up with some answers - then real consultation can begin.

Council leader Peter John gave his opinions on the latest regeneration plans on BBC Radio London 94.9FM last week, where he was ably challenged by former Labour Councillor Piers Corbyn on the merits of Delancey’s plans. Councillor John said that he had not yet seen the proposals, but thought that raising the issue of affordable housing was “premature”. He ducked the interviewer’s question of what Southwark would do if the planning application does not come with the required 35% affordable housing; the correct answer would have been ‘we will reject the application’, instead he rather feebly said that he would ‘ask for an explanation’.

35% affordable housing still only gets us 175 social rented units in this scheme, a fraction of what we lost on the Heygate, with a further 175 shared ownership. This is the minimum Southwark’s policy requires and it must not accept any viability assessment nonsense from Delancey. We don’t want to see it pleading poverty once again, as on its neighbouring Tribeca Square development where there is no affordable housing of any kind.

A measure of Delancey’s sincerity in suggesting new premises for shopping centre traders at Tribeca Square, can be gauged by the following story:

Back in 2008, when Delancey obtained planning approval for its Tribeca Square site, it signed a legal agreement with Southwark to provide a number of retail units for traders displaced from the shopping centre at special affordable rents1. This was also one of its justifications for not providing any affordable housing2. 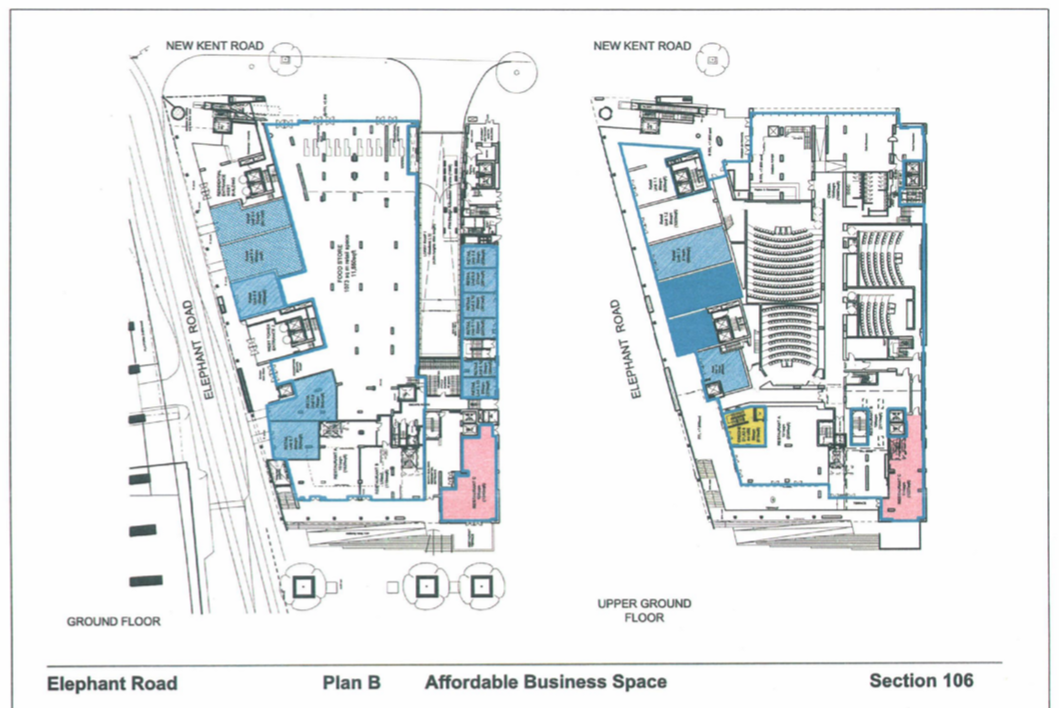 By July 2013, former owners of the shopping centre St Modwen had shelved demolition plans in favour of refurbishment, so Delancey went back to the council and had the legal agreement changed to take these units away from the displaced traders and give them to Sainsburys instead. This was Delancey’s explanation: “the s106 agreement was signed at a time when it was expected that the E&C shopping centre would be redeveloped, but we understand that this is no longer the case and question the requirement to offer these retail units to tenants of the centre in any event due to the change in circumstance.”

In November 2013 Delancey bought the shopping centre from St Modwen and subsequently announced its intention to demolish and redevelop the site. It has not returned to Southwark council and said the units are now needed more than ever by the shopping centre’s small shopkeepers, can it please change the agreement again?

Delancey have shown themselves to be slippery customers and they are backed up by big money, including one of the world’s richest men, George Soros. They are in this to make even more money, and Southwark council must defend local peoples’ interest much better than it has done so far. 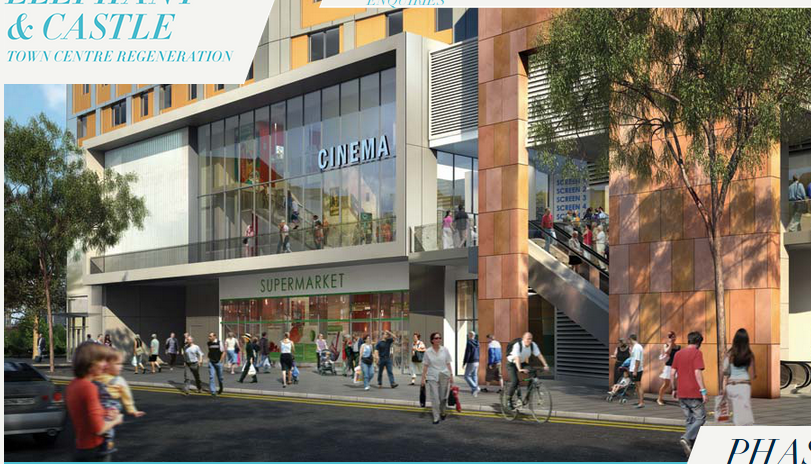