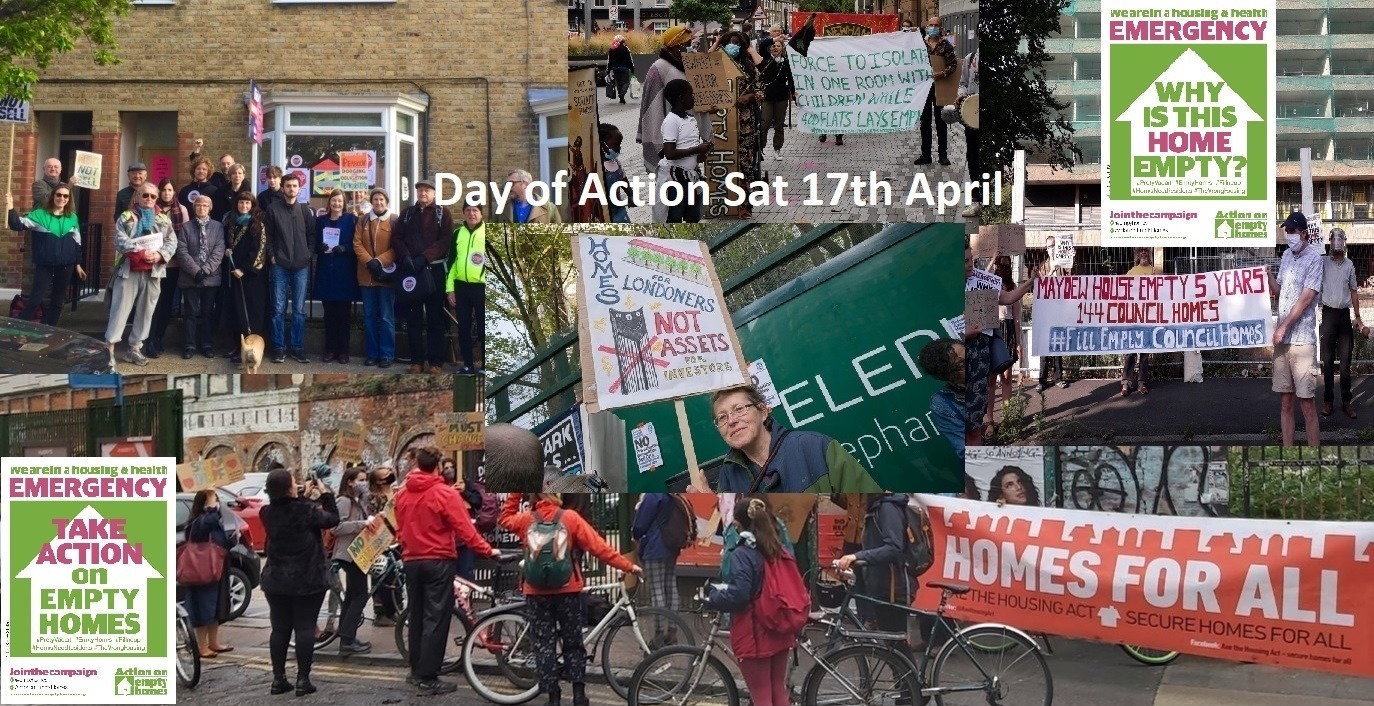 Manor Place Depot will be one of one of the next sites for a nationwide Day of Action on Empty Homes on Sat 17 April 2021. When we last looked (10 April 2021) at least 14 homes stood empty on a single street within that development. There will a Photoshoot and livestream 11am to 11:30am - click here to find out more and join event.

The Depot is a Notting Hill Genesis development, on the site of the Manor Place Baths, one of Southwark’s most characterful development sites. The baths provided laundry and bathing facilities to Walworth people for 80 years, until the demolition of the surrounding streets and the removal of the local population to the Heygate and Aylesbury estates sounded its death knell in the 1980’s. Manor Place Depot is also a symbol of much that is wrong with ‘regeneration’ – public land sold off cheaply, for an expensive housing development (starting price £557,500 rising to £882,500) with only a small fraction social rented housing. Only 44 of the 270 units are social rented and most of this was only provided only after Notting Hill Housing, as it then was, was caught out failing to provide the right amount of social rent on another development.

Action on Empty Homes has identified Southwark as London’s empty homes hotspot, with a 61% rise in the number of long-term empty homes – up from 1,469 to 2,358 in the year up to October 2020, topping the league for London boroughs. And most concentrated empty home areas are in the north east quarter of the borough, the site of three of Southwark’s opportunity areas. The fourth, at Canada Water, has its own concentrations of empty homes.

As well as empty homes, Southwark has seen a massive increase in second homes – 3,630 in 2020, nearly six times the number of the previous year. But this could be matched, if not outstripped, by the number of Airbnb whole home rentals, which stood at 2,635 in November 2019. Unsurprisingly these are also concentrated in the north east quarter of the borough, another consequence of regenerations that produce overpriced housing that make for better investment opportunities than homes for local people. Lights out on the redeveloped Heygate estate.

This is all at a time when Southwark has 14,000 households on its housing waiting list, 3,000 in temporary accommodation and plans to increase the already large number housed outside the borough.

So, when we have more empty homes than households in temporary accommodation, ACTION ON EMPTY HOMES is vital.

We must fight for a borough and a city where ordinary people can afford to live; filling empty homes won’t solve the housing crisis, but it must be part of that solution.