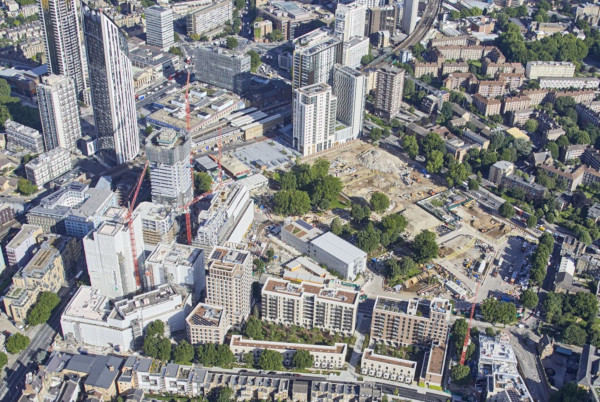 Developer Lendlease failed to disclose at Last week’s planning committee meeting that it was in receipt of public funding, which could have increased the amount of affordable housing at Elephant Park (aka the Heygate estate regeneration). One of the objections, from the 35% Campaign, was that “There appears to have been no effort to take advantage of any public funding”. Southwark responded by saying: “There is no obligation on Lendlease to seek public funds.” (para 282, 283 of the officer’s report)

The planning committee followed this up in their cross examination of Lendlease, who were asked directly by Cllr King whether they had considered applying for grant funding:

In a lengthy reply, Lendlease did not disclose that the Mayor had in fact committed to fund Elephant Park, back in September 2018.

Elephant Park is the very first entry on a list of estate regeneration projects on the Mayor’s website, which have had funding approved since July 2018. This gives rise to a number of questions:

We suspect that the answer to this lies in the murky world of viability; Lendlease insisted in 2013 that only 9.4% of the new homes could be viably provided as affordable.

They repeated this at the planning committee meeting last week and would no doubt argue that any money they have received from the Mayor has gone to bridging the gap between what is viable and the 25% being delivered.

Whatever the merits of this argument (and we think it has none) it still leaves open the question of why Lendlease and the officers report did not disclose the grant funding to members.

There is a similarity here to the ongoing dispute about affordable housing in the shopping centre development. Developer Delancey claims that the £11.24m it is also receiving from the Mayor is being used to increase the amount of social rented housing. We showed previously how it was going to Delancey’s bottom line: Shortly after publishing the above post, Southwark Council contacted us to say that Elephant Park had not received any public funding. They forwarded a letter from Lendlease agents, DP9, saying that the appearance of Elephant Park at the top of a list of developments that had received GLA funding was an ‘administrative reporting error’. GLA have confirmed that no application for funding had been received.

In answer to further questions, Southwark said that there was no realistic prospect of securing public funds for Elephant Park and the tenure change to BtR would not affect affordable housing delivery. Southwark further said that the BtR change was allowable by the planning consent and ‘maintains project delivery’, forestalling delay. Southwark also does not think its share of extra profit, or ‘overage’, would be affected by the BtR change.