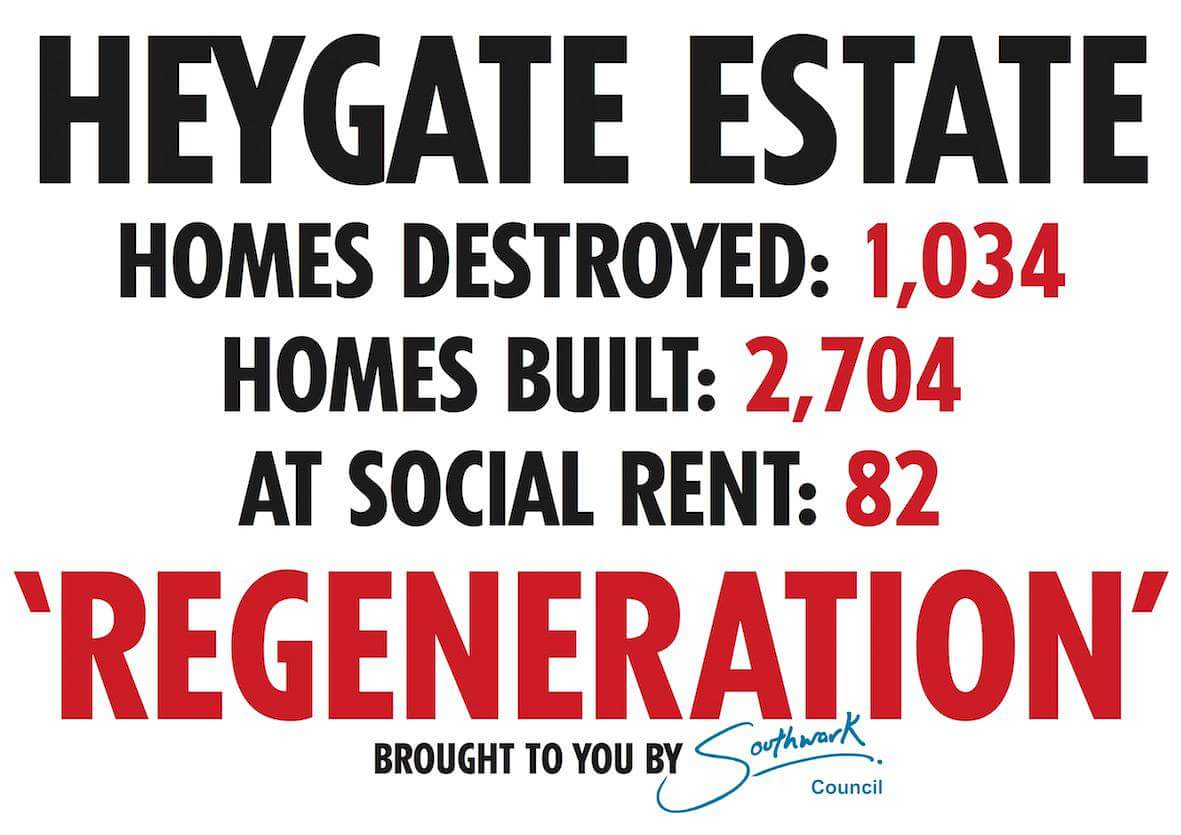 We blogged last year about the final phase (MP5 H7) of the Heygate regeneration. Lendlease’s application for 424 new homes (15 social rent) in this final phase is now set to be approved by the Council’s planning committee on Monday.

This windfall gives Lendlease the revenue of 220 extra homes that were not included in the original viability assessment of the scheme, which was based on 2,469 units. This allowed Lendlease to build 25% instead of 35% affordable housing and to reduce the required amount of social rented homes to next to nothing. Taking account of the 220 extra homes could have improved both the viability of the whole scheme and the affordable housing offer.

We noted in our previous blog that Southwark has neglected to carry out any viability review. Monday’s planning committee report reiterates this, stating: “The council has no mechanism to insist on a viability review” (para 129)

However, this looks to be contradicted by the terms of the Regeneration Agreement between Southwark and Lendlease, which provides a mechanism for the affordable housing mix to be reviewed on an annual basis.

If these annual reviews had been taking place it should have been reflected in higher levels of social rented housing. The fact that the tenure mix hasn’t changed suggests that they haven’t.

We also noted in our previous blogpost that the 2013 planning committee anticipated that the regeneration could benefit from public funding if it became available.

This was in line with the Regeneration Agreement, which also obliged the parties to seek grant funding:

Such funding has been available since 2016 when Sadiq Khan announced a £4.6bn funding programme, but despite the 2013 planning committee’s intention and the Regeneration Agreement’s obligation, Lendlease has made no funding application.

Also, despite this clear contractual obligation, Southwark nonetheless states in Monday’s committee report for the final phase: “There is no obligation on Lendlease to seek public funds.” (para 283)

Given the clear obligation on Lendlease to seek grant funding, we say that until Lendlease does so Southwark should reject this final phase application.

Southwark should also reject the application unless Lendlease commits to a viability review. There are a number of reasons why this is necessary. Not only was the original viability assessment based on fewer homes than the number actually being built, but also the free-market homes are being sold for twice Lendlease’s viability assessment estimate.

Another significant change to viability since the original assessment has been Lendlease’s recent decision to let, rather than sell homes in the later phases of the scheme.

Monday’s planning committee should also take account of Policy 3.12 of the Mayor’s London Plan, which says that “The maximum reasonable amount of affordable housing should be sought .. having regard to .. individual circumstances including development viability, {and} the availability of public subsidy.”

The Elephant Park development lost Southwark 1,200 council homes. This final phase is Southwark Council’s last chance to (partially) redeem itself by insisting Lendlease abides by its obligations, reviews the viability of the scheme and applies for grant funding.