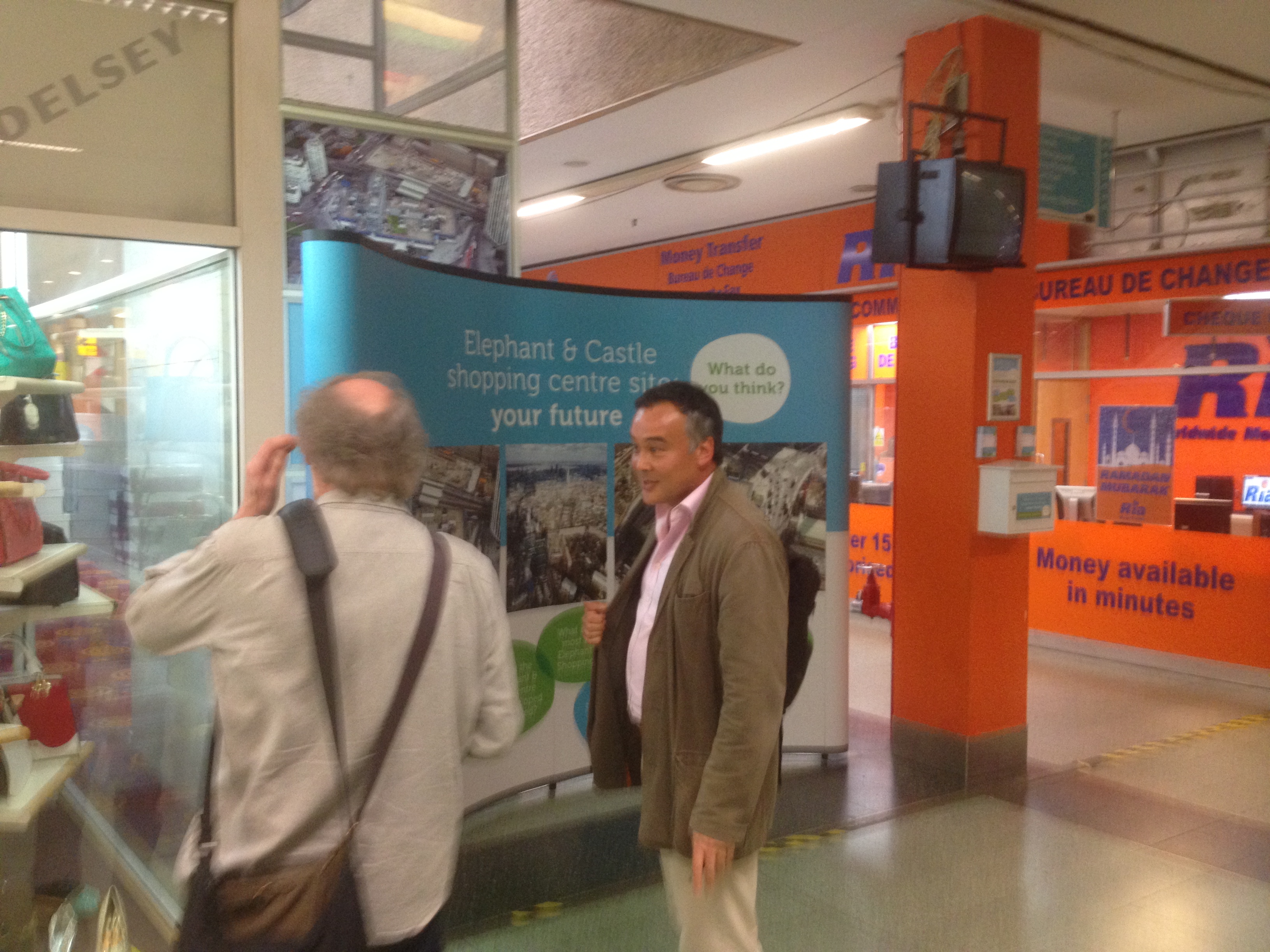 There was much surprise at Southwark’s Overview and Scrutiny Meeting last Monday, when new shopping centre owner ‘Delancey’ turned up accompanied by Southwark Council’s former deputy leader and head of housing Kim Humphreys. Kim is now ‘Carvil Ventures’ - an independent corporate finance and real-estate consultancy and is advising global property developer Delancey. He is not the first former senior councillor to take this road: former council leader Jeremy Fraser founded PR consultancy ‘Four Communications’ after leaving the council, which advised developer Oakmayne and prepared part of the planning application for its Eileen House development.

Southwark residents are understandably confused when it sees former senior councillors who were intimately involved in drafting and implementing regeneration plans, turning up later in their careers working for the developers who are set to profit from said regeneration. 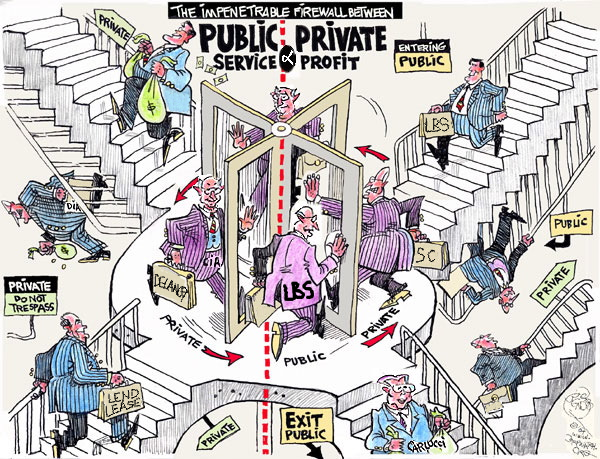 It might be hoped that the involvement of former councillors in the practical delivery of the regeneration would help guarantee the delivery of the long-promised public benefit, e.g affordable housing. Experience so far proves otherwise: Kim Humphries was in charge when the infamous ‘Heygate Action Plan’ decanted 1,000 households without first building anywhere for them to go back in 2007. It may be that as Delancey’s new consigliere Kim will redeem himself by ensuring that any housing Delancey provides will include the requisite 35% affordable quota, the omens aren’t good however: there were hints that Delancey would be seeking to argue for an exemption to the quota; and its neighbouring ‘Tribeca Square’ development has no affordable housing of any kind. 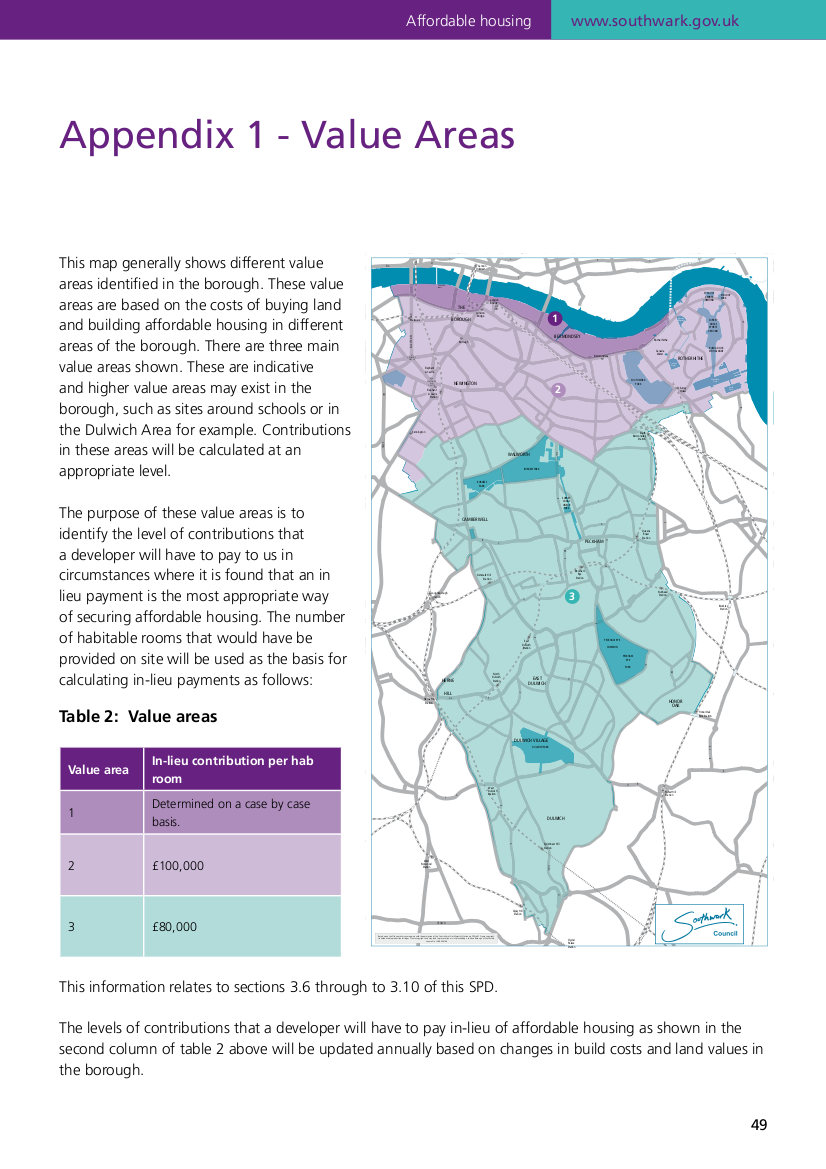 Delancey has made an in-lieu payment of £1m to Southwark for off-site affordable housing provision in relation to its Tribeca Square development, but this is a fraction of the £52m that should have been paid had Southwark’s tariff for in-lieu payments been adhered to - £100,000 per room x 527 habitable rooms (35% of Tribeca Square total). As with the Heygate outline masterplan, a viability assessment again worked its magic for the developer, by demonstrating that the development could not afford to provide affordable housing and an acceptable 20% profit margin. The application was accepted by the planning committee despite the reservations of both council officer’s and the Greater London Authority about the accuracy of the viability appraisal:

Alongside the Heygate estate, the shopping centre site has always been the key development for the Elephant regeneration. It was not only going to provide the retail offer, it was also going to provide a civic space similar in size to Trafalgar Square that was to attract new people with more money to the Elephant; as such it is a key driver of the gentrification the regeneration entails. 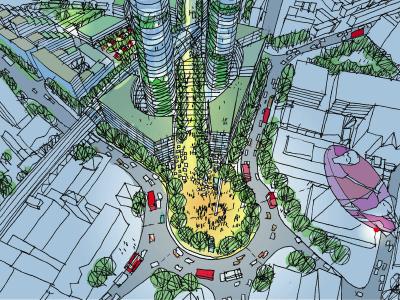 It was confirmed that the sale price of the 3.5 acre shopping centre site was £80m, and that buyer Delancey had teamed up for the joint-venture purchase with pension fund APG - one of the worlds’ largest investors in real-estate.

Other reports of the sale outlined concerns from the shopping centre’s existing retailers that they would be pushed out by the redevelopment.