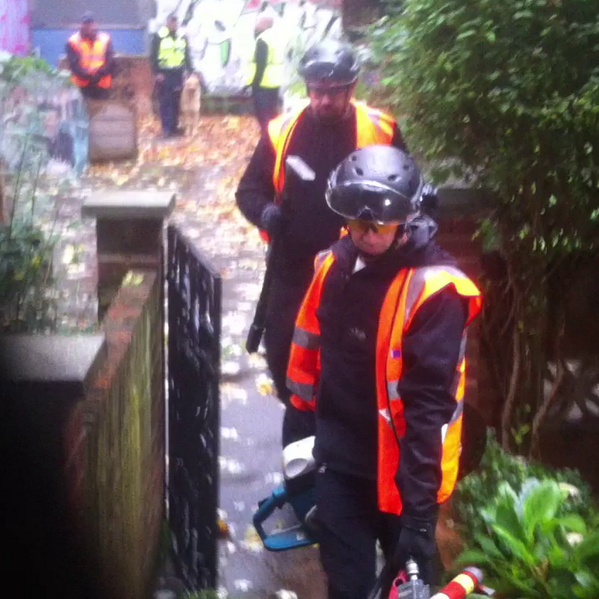 Southwark sends in the Heavies

The last resident of the Heygate estate was forcibly evicted from his home today. A team of bailiffs from Shergroup Ltd accompanied by police and officers from Southwark Council arrived at lunchtime, and after a short conversation the last resident left - with the help of the bailiffs. No notice of the impending eviction was issued to him, his surveyor or solicitor.

Southwark made no payment and instead today it went ahead with a forced eviction. This evening it informed Adrian’s surveyor that payment will be made - after his eviction and less its £6,888 cost.

Why did Southwark Council resort to physical force to remove Adrian? It clearly had the paperwork all ready to go, and was willing to authorise payment - after his eviction.

Southwark has behaved vindictively: Adrian and other leaseholders have fought long and hard to get a just amount for their homes. Homes they did not want to leave in an area where they can now no longer live. Unfortunately their battle was without success, but it was too much for Southwark who had to explain themselves at length at the CPO public inquiry in Feb 2013, when amongst many other embarrassing facts it was revealed that only 45 Heygate residents have been rehoused in new homes at the Elephant.

This must also be an alarming event for any leaseholder in Southwark who lies in the path of a regeneration scheme - and there are many, including 580 on the Aylesbury estate just down the road from the Heygate. Southwark Council have shown that they are not willing to either negotiate or compromise but will instead resort to the harshest methods to get their own way.

Southwark has broken every promise ever made to the residents of the Heygate whether they were leaseholders or tenants, and it seems fitting that the very last of the 3,000 forced out since 2007 should require the assistance of bailiffs. It is entirely consistent with the shabby treatment residents have received right from the beginning of this whole sorry excuse for a regeneration scheme.