On 8th Sep 2015, Southwark Council’s planning committee granted planning permission for the demolition of Capital House (a 10 storey building leased by KCL as part of its Guy’s campus) and its replacement by ‘The Quill’ - a 21 and 31 storey building connected via walkways and decorated with a quill-shaped spire, which the architect claims “will draw on the literary connections of Southwark.” (para. 4.132) 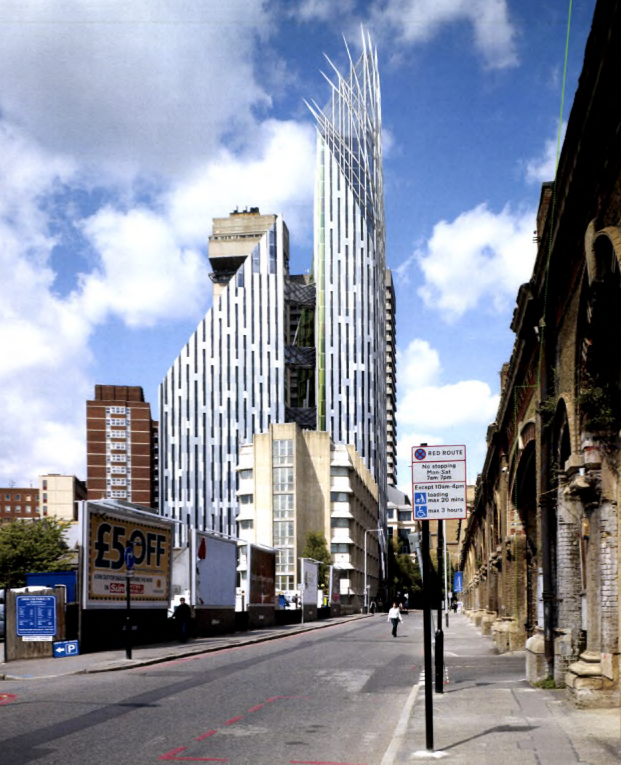 The planning application documents show that The Quill will provide a total of 119 new homes. Southwark’s 35% policy would normally require at least 41 of these to be provided as affordable housing units on-site, of which 13 would need to be shared ownership and 28 social rented. But the developer submitted a confidential viability assessment claiming that on-site provision of affordable housing would render the development financially unviable. Instead the developer has offered to provide 28% affordable housing off-site. It had originally offered to fund the construction of around 30 social rented homes on the Kipling estate, but this proposal was dropped following our blog post about it.

Instead the developer has offered to make a payment to Housing Association Family Mosaic, to help it build ‘affordable’ homes at its Amelia Street development, a former Metropolitan Police depot off Walworth rd.

The officer’s report for the Quill application doesn’t say how much the in-lieu payment amounts to, only that “The payment offered by the applicant has been identified as a reasonable sum that would assist Family Mosaic deliver an additional 8 rented and 8 intermediate homes on the site”. The officer’s report does not specify whether the 8 ‘rented’ units will be social rented or affordable rented. The report also claims that a second in-lieu payment of £4.6m will be made if other sites cannot be found to provide the remaining balance of off-site units. 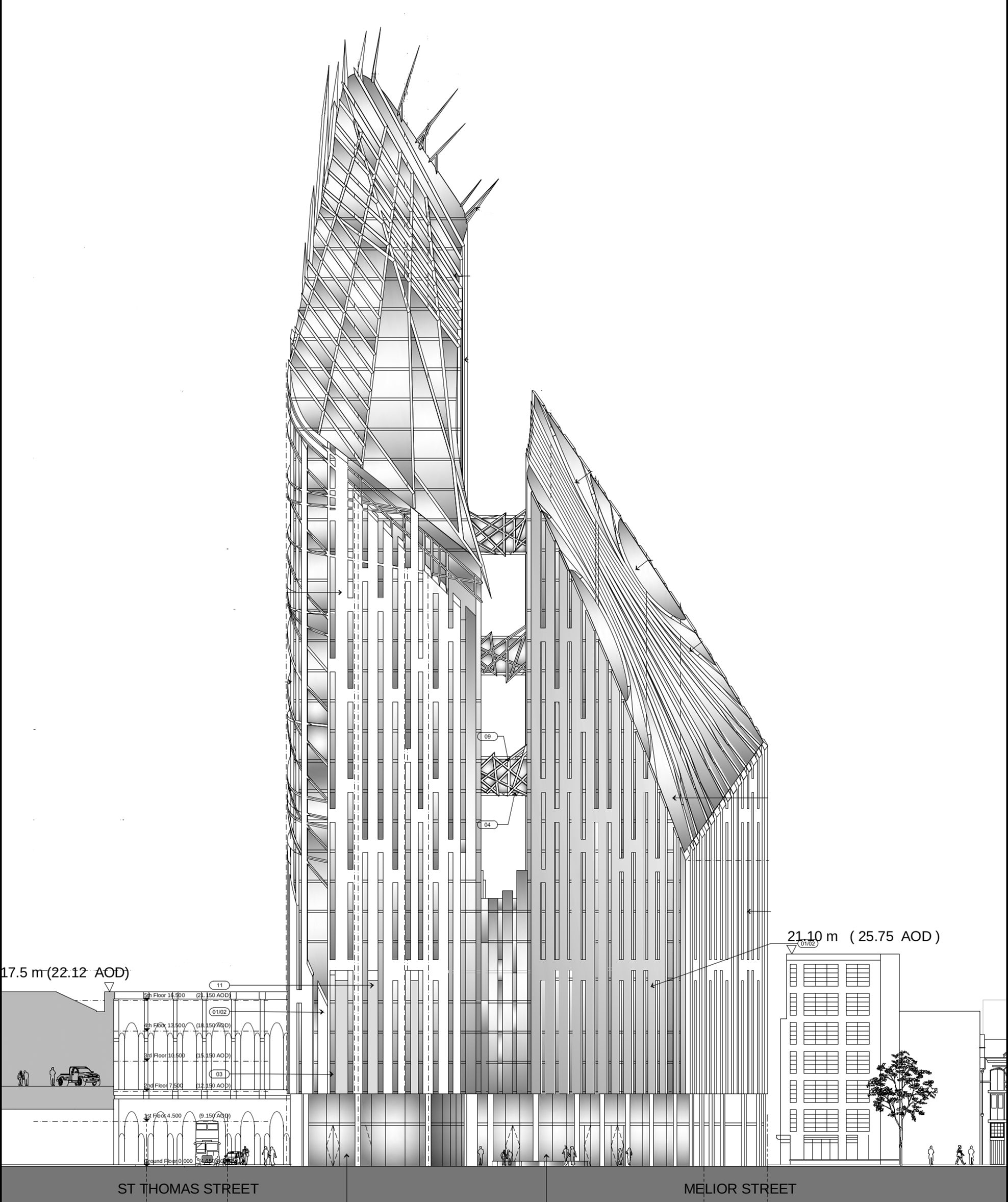 Paragraph 105 of the officer’s report confirms that the ground floor of the developement will not be used for active frontages like retail or bar/restaurant as policy requires, but argues that there will still be active frontage provided by the proposed use of the ground floor as a ‘community centre’ - albeit a private community centre for use only by Quill residents themselves.

In its recommendation for approval of the development, the officer’s report argued that “the scheme embraces and adapts to its context .. and presents an elegant and sculptural three-dimensional form that will compliment the local views” (para 108). 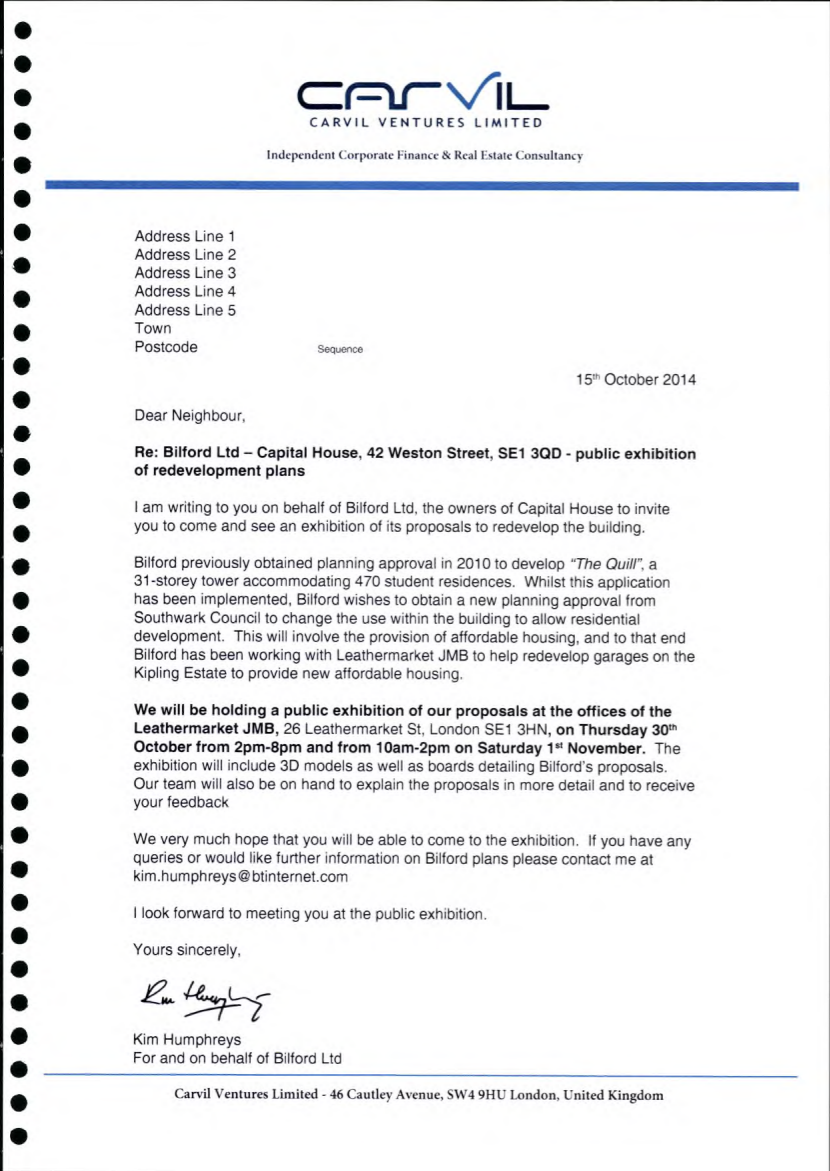 Kim also prepared Bilford’s Statement of Community Involvement - a necessary planning document showing that the developer has consulted with the local community. Kim claims to have obtained “extensive feedback” from his public consultation, in which he claims “considerable support was expressed for Bilford’s redevelopment plans with 60% supporting the proposals.” However, page 15 of the Statement, shows that his claim of 60% support is based on a survey of just 15 people..