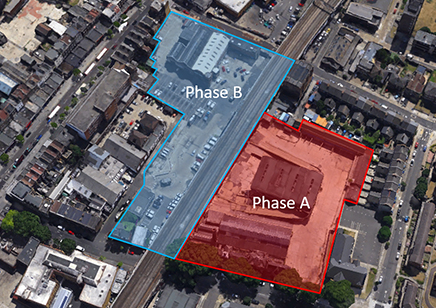 One of the most characterful development sites within the the Elephant and Castle Opportunity Area is the Manor Place Baths. The baths provided laundry and bathing facilities to Walworth people for 80 years, until demolition of the surrounding streets and the removal of the local population to the Heygate and Aylesbury estates sounded its death knell in the 80’s; it was replaced as a swimming pool by the Elephant & Castle leisure centre, the baths were filled in by Southwark Council in 1998 and the buildings were then used by the Council’s Environmental Services department until their relocation in 2012and the baths were leased to the Kim Yong society to be used as a Tibbetan buddhist centre as a temporary use. In 2013, Southwark Council sold the site to housing association Notting Hill Genesis. Despite the fact that the Council announced it was selling the site for £20m, Land registry deeds show that it received just £13m for the site. 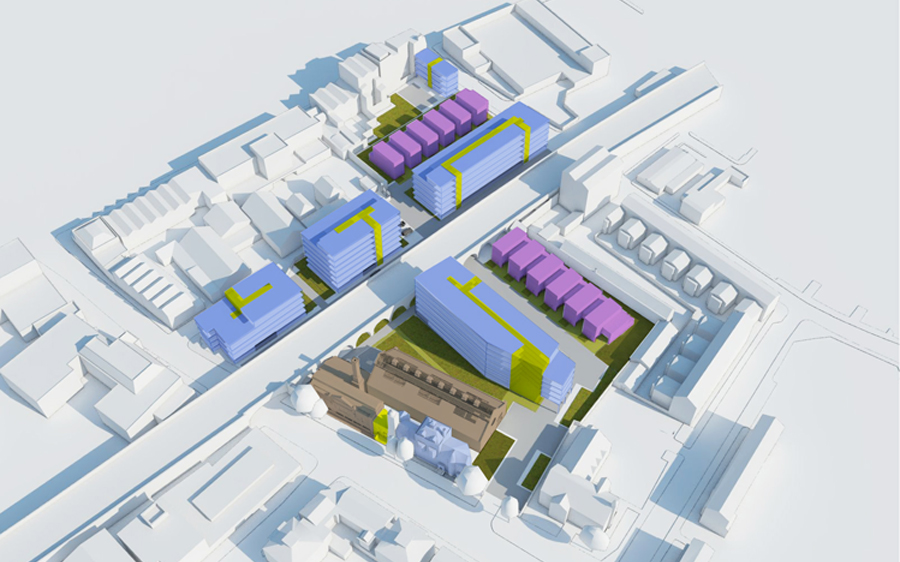 NHHT has submitted a planning application for the conversion of the grade II listed baths to residential and the development of 270 residential units and 3,370 sqm (GEA) of flexible commercial space. Of the 270 new homes, 10 will be social rented, 34 will be affordable rent of up to 62% market rent and 60 will be shared ownership. The officer’s report for the application indicates that 62% of market rent currently equates to £250 per week for a 2-bed unit. This is around double current social rent levels in SE17.

All in all the affordable housing offer on this council-owned site being developed by a public-funded ‘social landlord’ is pitiful. The council’s affordable housing policy should have secured around 50 social rented homes on this site (35% split equally between social rented/shared ownership). However, despite being a charitable public-funded organisation, NHHT submitted a viability assessment claiming that were it to provide the requisite social rented housing then the development wouldn’t provide it with the minimum level of profit it requires (normally 20%). The application was approved by the council’s planning committee on 24th September 2015.