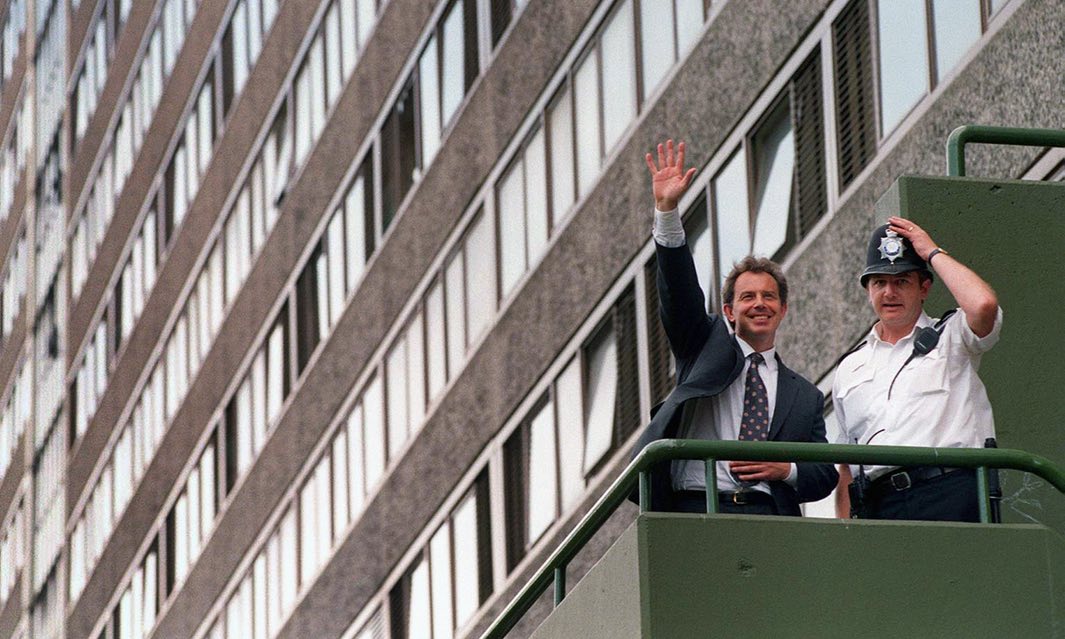 20 years of demolitions and sell-offs

In June 1997, Tony Blair chose the Aylesbury estate to launch the Labour government’s urban regeneration plans, where he describes “an underclass of people cut off from society’s mainstream without any sense of shared purpose.”

His government sets out its plan for “dealing with the legacy of large single tenure council estates” in a report which advocates “diversifying tenure, income and ownership of large social housing areas” in order to “break the pattern of ghettoisation” and proposing to “use regeneration projects to attract ‘urban pioneers’ back into city centres.”

Fred Manson, Southwark’s Director of Regeneration and a member of the government working group that advised on the report, sets out the council’s own regeneration strategy: “We need to have a wider range of people living in the borough” because “social housing generates people on low incomes coming in and that generates poor school performances, middle-class people stay away.” He explains that “the policy is aimed at reversing some of the problems caused by past social engineering.”

His subsequent report to the Council’s Strategic Committee setting out the regeneration strategy’s objectives include: “exploiting the potential for economic expansion within London. In parallel the Council needs to reduce the concentration of poverty in the borough”(para: 4.1.2); it recommends “the use of Council assets to lever in investment”; and concludes that “if the Council is successful in attracting investment through disposals, and re-investing resources in remaining assets then land, property and rents could increase by virtue of being more marketable.”(para: 5.2).