This site was formerly home to Rowton House, an 805-bed hostel built in 1897. The hostel was converted to a hotel in the 1970s and changed its name to the London Park Hotel. The hotel then reverted back to a hostel in the 1990s when it was used to provide low-cost accommodation for refugees and asylum seekers.

In November 2003 the council designated the London Park Hotel as site 31 in its list of development sites in its Supplementary Planning Document for the Elephant & Castle regeneration, and stated specifically that it would use CPO powers to acquire the London Park Hotel site should the owners be reluctant to redevelop the site in line with the council's vision[^1].

Under threat of compulsory purchase, the London Park Hotel was then bought by the Government agency 'English Partnerships' for the sum of £18m in a scheme that proposed to provide affordable housing for key workers. The building was then demolished shortly after receiving planning permission from Southwark Council in 2007. The site was then transferred to the Homes and Communities Agency and eventually the GLA, after English Partnerships was dissolved in 2008. Along the way the overall amount of affordable housing was reduced and then the commitment to provide key-worker housing was dropped. In 2008, chair of Southwark's planning committee James Gurling noted the "'dreadful irony' that the Government had spent millions of pounds acquiring the site – part of it from Southwark Council – for housing for people who can't afford it and now the committee was being asked to back a reduction in the number of such homes. A lot of money has gone round in a big circle and the net losers will be the people who need the help most."

In 2013 Boris Johnson claimed that the private homes in the scheme would be PRS (Private Rented Sector housing). In June 2015 it was confirmed that the scheme had been awarded £45m funding under the government's 'Build to Rent' programme for PRS homes. 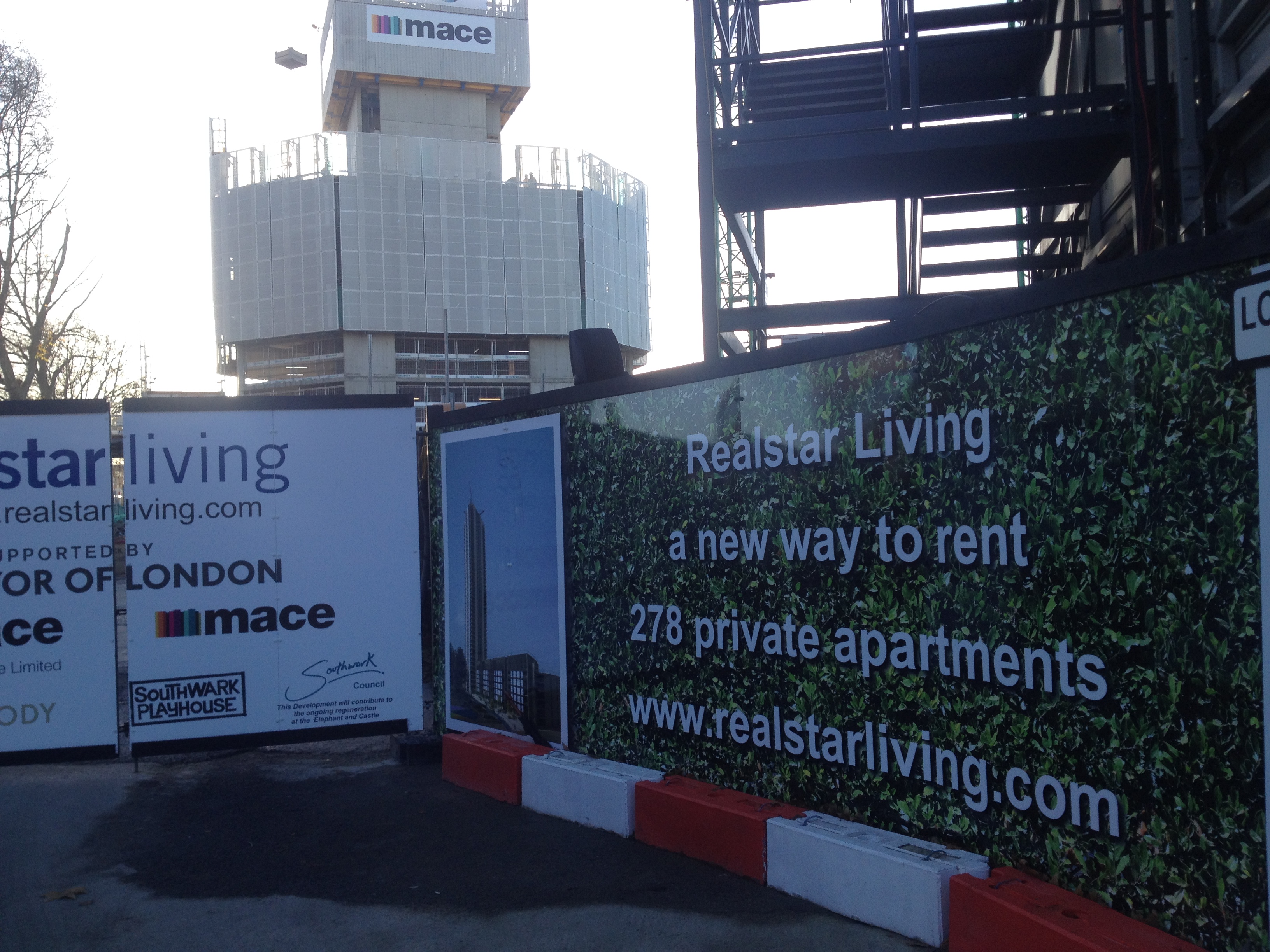 Land Registry deeds show the sale of the site on a sub-lease to MACE in 2015 for the sum of £35m.

In summary, £63m in public funds is being spent to build 278 private rented apartments and 179 'affordable' apartments at 80% market rent.

The base of the tower will also include a small performance space for Southwark Playhouse.

In October 2017, Southwark Council resolved to purchase 115 of the 'affordable' units in the block at the base of the tower to convert into new 'council homes' as part of its failing manifesto pledge. This Cabinet report confirms that two thirds of the 115 homes don't meet the Council's minimum internal space standards and that the sum paid for the 115 units remains confidential.