Following last year's attempts by Southwark Council to prosecute remaining residents involved in Better Elephant's interim use programme, this year Better Elephant decided to create a pop-up cinema which can be popped up and then quickly popped down again.

Around 50 people attended the opening night of the cinema last Saturday 22 Sep, for the premiere screening of the film 'Doreen' made by film-makers David Reeve and Patrick Steel.

In the film, Doreen Gee - former Chair of the Tenants and Residents Association 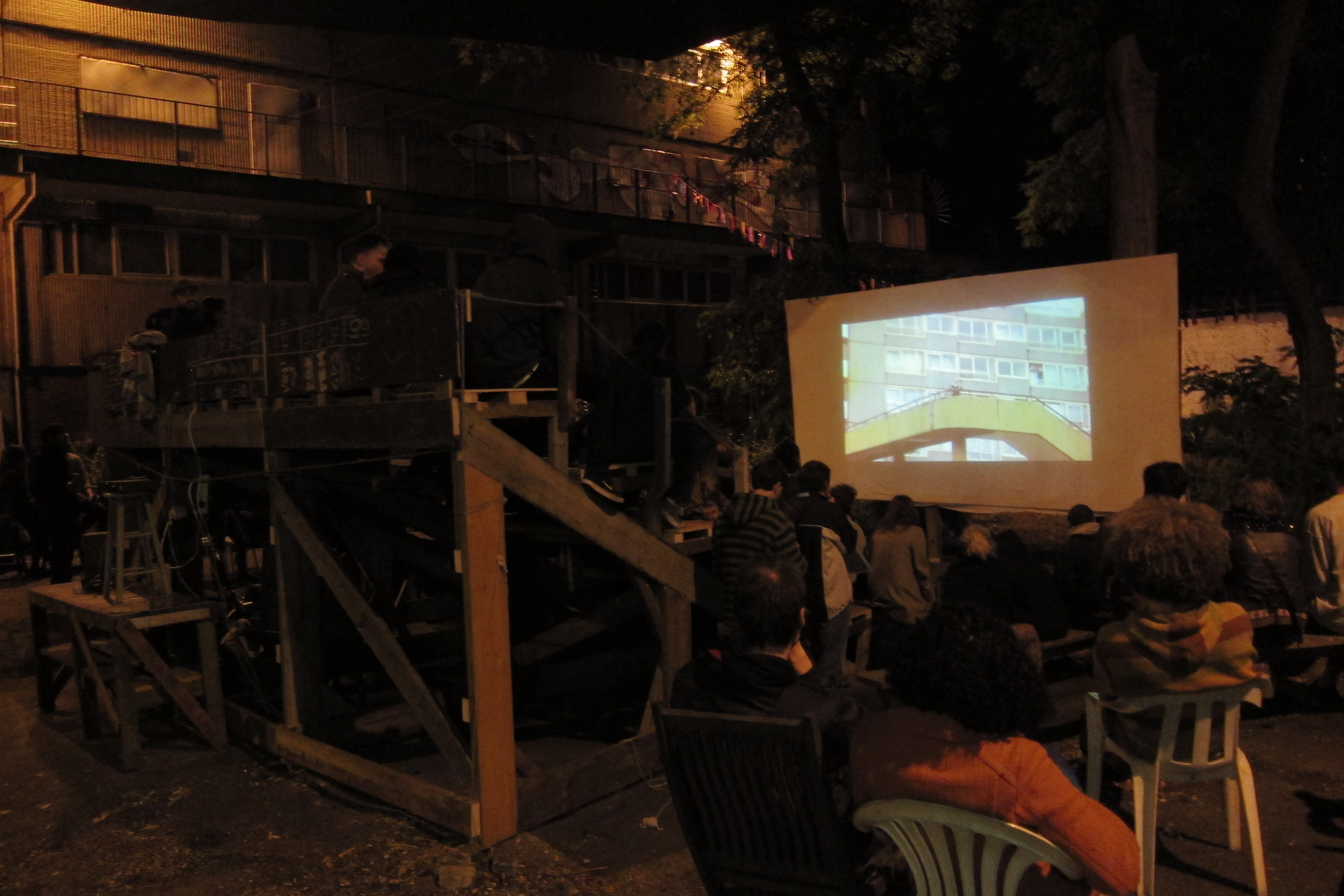 The evening was curated by our very own Jerry Flynn, former estate resident and experienced local campaigner.

Doreen and both of the film-makers attended the event, which was followed by an animated discussion around the regeneration and wider housing issues. The audience included a number of former Heygate residents and residents from the neighbouring Aylesbury estate, who were treated to a bowl of hot soup and refreshments following the lively discussion.

During the discussion, Doreen - who had originally been a strong propenent of the regeneration - spoke about the broken promises of new homes for residents of the estate and how many were forced into unsuitable accommodation much further afield. She also claimed she had been victimised after speaking out against the regeneration.

Three days after the event, four council officers turned up to deliver the enforcement notice pictured below. 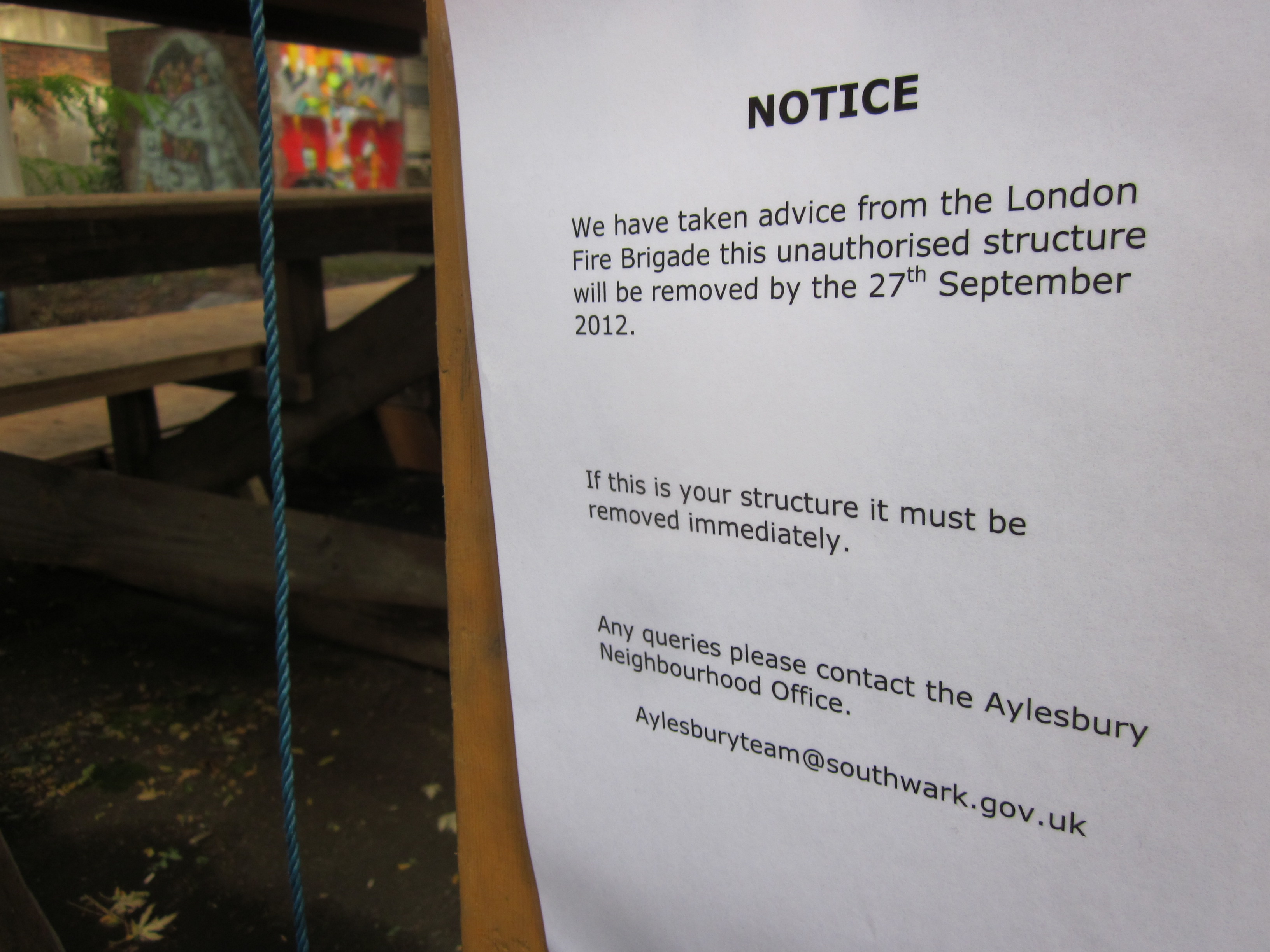 Fortunately, the Better Elephant group was able to hastily pop-down the pop-up cinema on Wednesday evening before any harm came to it.

The cinema will be re-erected for the next film to be screened, which is Michael Wadleigh's 1981 film 'Wolfen' - a cautionary metaphor about real estate speculation and urban gentrification. 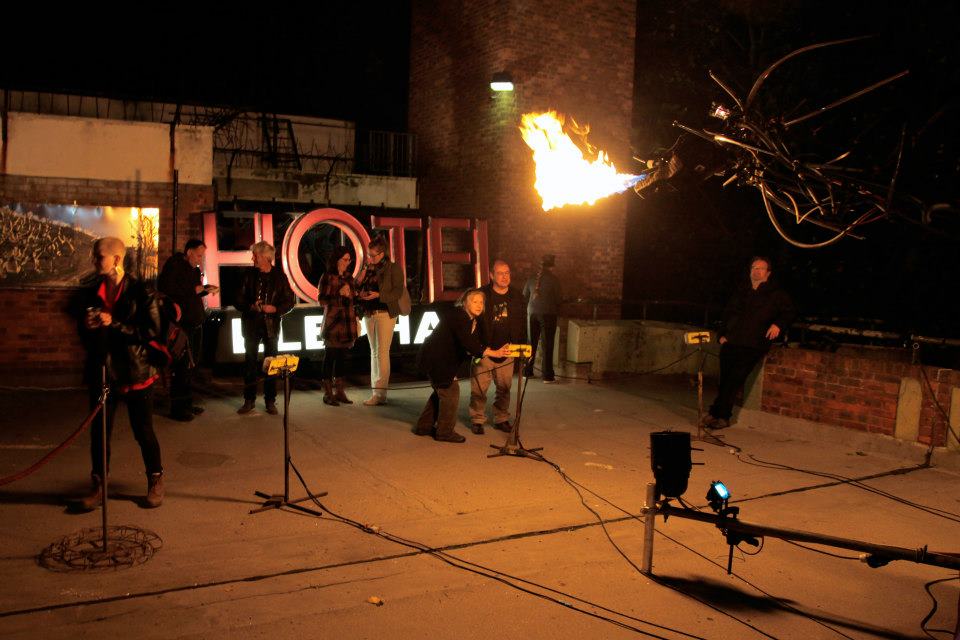 Meanwhile, 'developer-compliant' interim uses on other parts of the estate continue with the council's full backing: Elefest's annual festival is set to take place on the estate during 5th, 6th and 7th October. This marks the opening of the Heygate's new 'Hotel Elephant' - the former doctor's surgery and TRA clubroom which have been handed over to Hotel Elephant (at nil cost) to be let out (for profit) as artist studios. Now that most of the remaining residents have been removed from the 'unpopular social housing' estate, the drab interiors of the former community centre are being converted to plush artist studios in the first step towards creating the estate's new community. 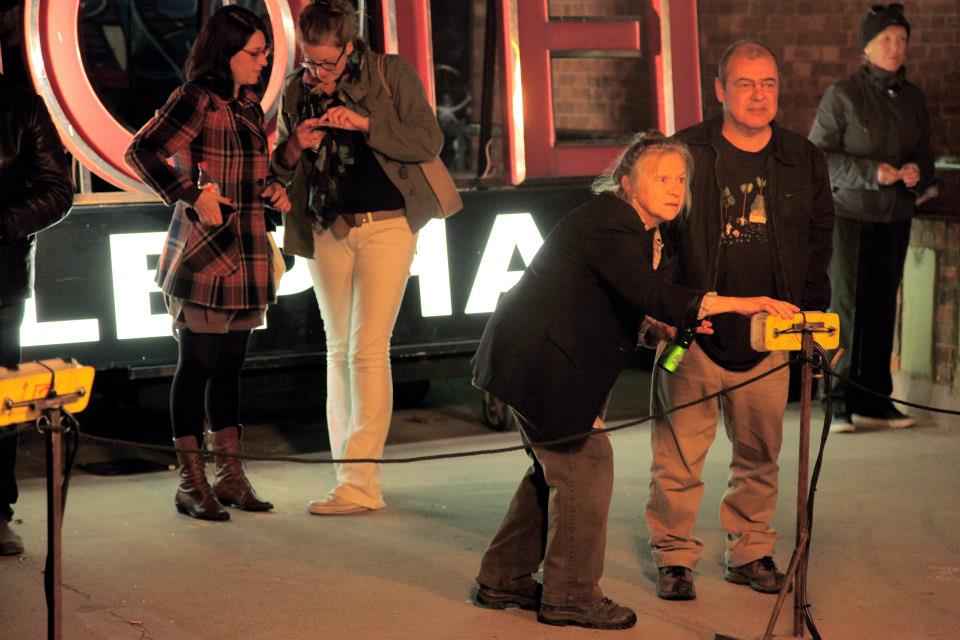 Dave Ware from Southwark Council's regeneration team marked the opening of the studioson 6th October with a performance by a gas-powered firebreathing robotic dragon. 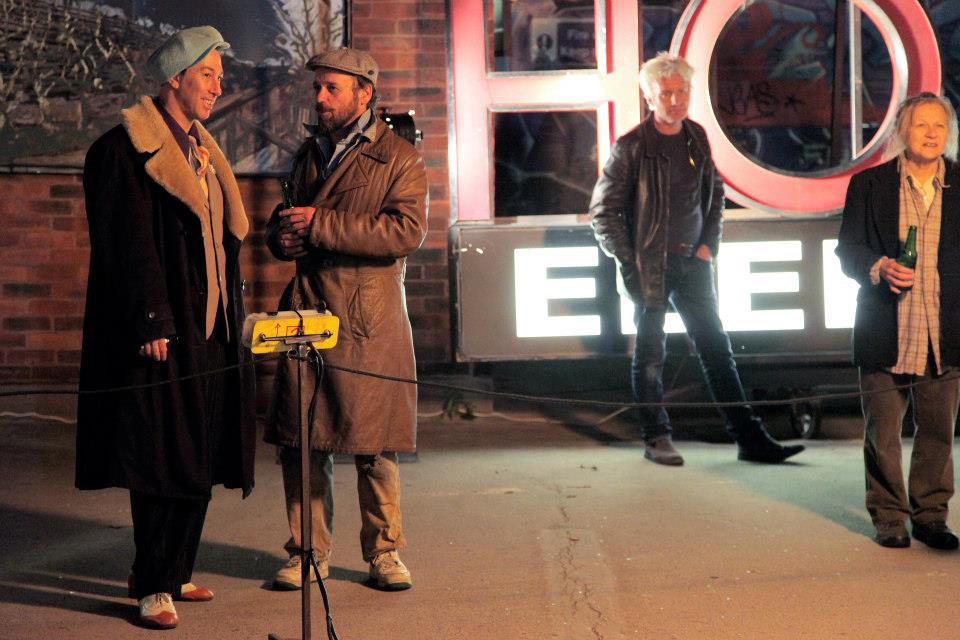 Meanwhile two of the remaining households on the estate - about to be forcibly displaced - include pensioners in their seventies & eighties. Since the council switched their heating off in 2010, the Mustafa family and the Tilki family have been sat at home covered in blankets huddled around a portable electric fan heater - whilst artists and revellers gather around the spectacle of a fire-breathing dragon in the estate's former community hall.