Mission Possible - bringing viability assessments out of the dark 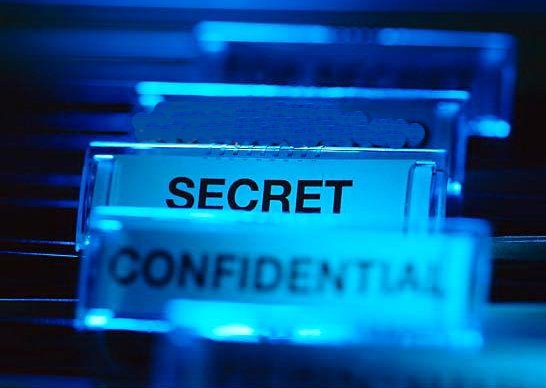 Following the successful FOI request by Heygate campaigners, Earls Court community activists have also succeeded with their FOI request for disclosure of viability documents behind their local regeneration scheme, which - like the Heygate - has a great absence of truly affordable housing. The Information Commissioner cites the Heygate decision in his decision notice.

However, just as at the Elephant, local authority (Kensington & Chelsea) and developer (Capital & Counties Ltd.) have combined together to appeal against the Information Commissioner's decision. The appeal hearing is due to take place at the beginning of June.

Meanwhile the sixth and final day's hearing against disclosure of the Heygate Masterplan viability assessment took place on Tuesday. The Tribunal heard arguments from barristers representing Lend Lease & Southwark Council on one side, and the Information Commissioner and ex-Heygate resident Adrian Glasspool on the other.

The differences between the two sides were brought into focus. Lend Lease argued amongst other things that the public interest is best served by protecting its own commercial interests. Southwark pointed to the disruption that it claimed disclosure would bring to the regeneration process. The Information Commissioner robustly defended his decision to order disclosure on the grounds of enabling effective participation in the planning process. Mr Glasspool's barrister emphasised the departures from Southwark Council's own planning policies, not just regarding affordable housing but also car parking.

Amongst the interesting facts to come out was that no planning officer had actually seen the viability assessment. This job was given to the District Valuer Service (DVS). Also, Lend Lease no longer shares information with Southwark Council in the same way; it has established a restricted-access 'data room' which admits only selected Southwark Council officers on a need-to-know basis. Lend Lease also emphasised the Human Rights aspect of its argument: as a legal person it has the right to 'peaceful enjoyment of its possessions' and the unjustified interference with this enjoyment that would be entailed by disclosing the viability assessment. The Information Commissioner robustly rejected this argument.

Southwark offered the argument that the public had ample opportunity to influence the planning decision through the extensive consultation process, and through to the final decisions about the s106 agreement. They also argued that there could be no public interest in disclosing a very hefty and complicated document, which many would simply not be able to understand.

Viability Assessment says NO!
Contrary to Southwark and Lend Lease, Mr Glasspool's barrister made powerful arguments that the public interest lay in allowing the local community full participation in the planning process: the local community had played an extensive part in consultations, but had been thwarted by the use of the viability assessment; its secrecy was an obstacle to understanding how the loss of public benefit promised by the regeneration was justified. She pointed out the dangers of public policy decisions being made when only one side is in full possession of the facts. Lend Lease's answer to any questions about the loss of affordable housing or maintaining a car-free development was simply "Viability assessment says no!".
A decision is expected within around 4 weeks.

Peabody Triangle - two more faulty towers?
Peabody Trust held an exhibition of plans for its Newington Triangle development last Saturday. The triangle is currently occupied by the Institute of Optometry, parts of Southbank University and the London School of Musical Theatre (pictured). It is nonetheless a development site that has passed to the Peabody Trust from a private developer. Peabody plans to build 550 residential units and a new HQ for themselves. While it is reported that there is going to be 35% affordable housing, more worryingly this might not include any social rented units. We hope this is not the case and Peabody's proposed two towers do not join the Elephant's other 'Towers of Shame'), notorious for having no social rented housing. Peabody are the preferred providers of the affordable housing at the recently-approved London 360 Tower just around the corner. This has no social-rented housing, just 29 units of so-called 'affordable rent'.

Lend Lease doing well down under
Lend Lease has just won a legal battle against a Sydney public authority. The dispute was about how much Lend Lease would pay in so-called 'overage' or value share payments, which is a kind of surplus profit share agreement - similar to the one we have at the Elephant. The decision has left the Sydney authority short of the money it needs to deliver public benefits it expected in return for handing over the prime public land for private development.

The Barangaroo development has other familiar elements - it includes the provision of a public park, which looks doubtful now the authority has lost its money, although it does plan to appeal.