Middlemen on the make

It was announced earlier this month that the Elephant’s 360 tower is in line for yet more public funding. As mentioned in a previous blog post, the land for this private development was purchased with £18m of public money back in 2007 to provide key worker housing by English Partnerships, a public housing agency. This all fell through and the development was eventually awarded last summer to developers Essential Living by Mayor Boris Johnson. The 360 Tower is now on the short-list for funding from the government's £1bn build-to-rent scheme, which is designed to help developers build large-scale housing developments specifically for private rent. Why Essential Living should need help to build homes it will be letting at handsome profit in a booming property market is not clear, particularly when the Tower will not provide any social rented housing (there will be a meagre 29 units of so-called ‘affordable rent’ instead). There will be 159 units for shared ownership, provided without any government grant, but if the developer is getting subsidy instead for its private rented homes then it’s hardly needed. The public purse will be paying for the free-market housing that pays for the affordable housing, which seems to make the developer a bit redundant from our point of view - why bother with the middle man? There is a chance that some money may be recouped on the initial land cost; one of the GLA’s objectives is ‘a land payment at the earliest opportunity representing best value for the GLA but on a partial deferred basis’ – how much this will be remains to be seen; Elephant land values have varied wildly.

After bad press following its developer-funded visit last year, Southwark very wisely pulled out of last week's developer jamboree known as the MIPIM event in Cannes on the French riviera. Housing campaigners from all over Europe protested against the sale of our cities, particularly by our public authorities as related in [this Guardian article](http://www.theguardian.com/society/2014/mar/14/anger-cannes-property-fair-councils- developers-mipim). Those from London were organised by the Radical Housing Network and included Campaigners from Southwark. 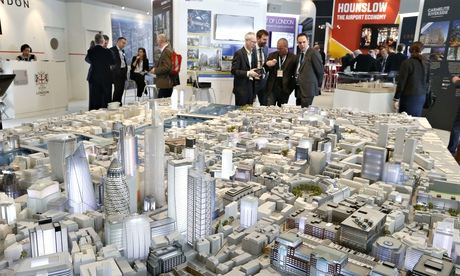 Closer to home there was more radical action against MIPIM, when Southwark Tenants occupied a flat in the infamous Strata Tower to protest against social cleansing and Strataspheric private rents, and housing activists protested outside City Hall.

The long-promised public consultation on TFL's plans for Elephant & Castle's northern roundabout started last week. The new plans have unlocked the delayed development of the shopping centre and the new transport layout will have a critical impact on the Elephant's regeneration. There are critical local voices though - the SOS campaign (Save our Subways) is canvassing local views through this website: http://elephantandcastleroundabout.org/

TFL will be holding an exhibition where the public will have an opportunity to view detailed maps of the scheme and speak to its designers.