Developer Delancey has registered its land holdings at the Elephant & Castle to tax havens in Bermuda, Panama and the British Virgin Islands.

Delancey has registered both the shopping centre site and the Tribeca Square site in the British Virgin Islands. This is confirmed by the Land Registry deeds, which can be viewed here and here. Delancey has financed the purchases using one of its venture capital funds 'Delancey DV4', whose offshore tax avoidance schemes are well reported and have been accused by HMRC of 'aggressive tax avoidance. The developer is bankrolled by George Soros, the notorious speculator who brought the country to its knees during black wednesday in 1992.

Delancey uses separate seperate 'Special Purpose Vehicle' (SPV) companies to develop its sites. In the case of Elephant One it has used a limited partnership company (LLP) controlled by parent companies registered in the British Virgin Islands and Panama. Filing records at Companies House show that the partnership company hasn't paid a penny of corporation tax. Companies House records also show that the partnership's ultimate parent companies are Delancey SPV's registered offshore; one in the BVI and the other 'Kintryre Corp' registered in Panama. 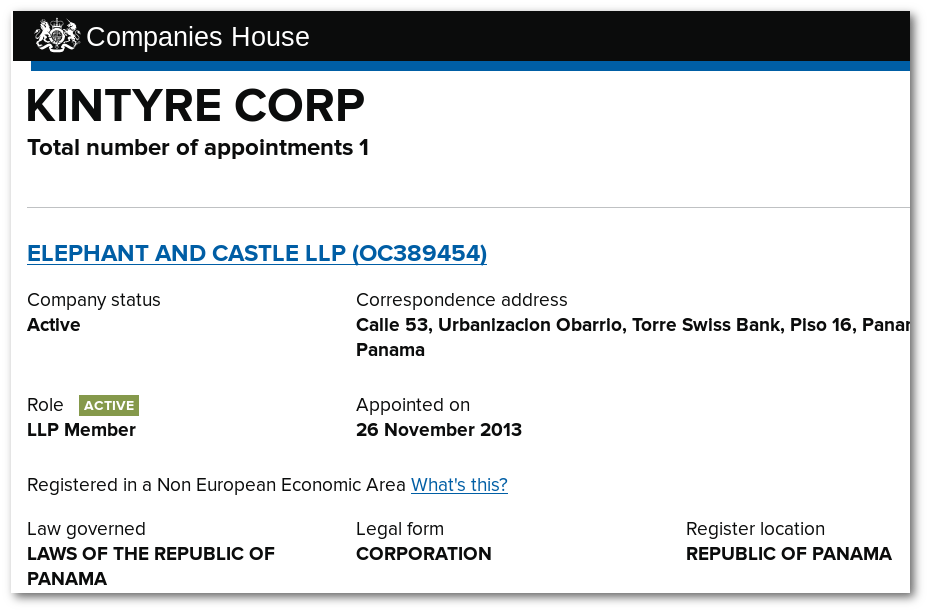 Kintrye Corp is also named in the 'Panama Papers' scandal, which exposed how some of the world’s most powerful people may have used offshore bank accounts and shell companies to conceal their wealth or avoid taxes.

Delancey also uses a separate company Get Living London to manage its PRS (Private Rented Sector) build-to-rent homes. Despite managing over £1bn worth of PRS homes Get Living London has never paid a penny of corporation tax.

Delancey's founder and CEO is Jamie Ritblat, son of property tycoon John Ritblat (British Land), which the Council has selected as its development partner for its Canada Water regeneration. The father and son team are long-standing Tory donors who are among the top 100 donors to the party. Their dealings go beyond property development and among other things own a chain of private schools.

Delancey is not alone in its offshore strategy, Strata Tower was developed and owned by a SPV (Special Purpose Vehicle) company registered on the Isle of Man. Some of the penthouses are also registered to a SPV holding company on the Isle of Man and an offshore company called 'Gamma Civic', which is registered in Mauritius.

O'Central, South Central and Eileen house are being developed by 'Oakmayne' - a company registered on the Isle of Man and which helps its customers avoid stamp duty by setting up offshore SPV's to buy the finished flats.

Eileen House is also being developed by Oakmayne in a joint venture with Lone Star Real Estate Fund registered in Bermuda. Land Registry deeds show that the development is currenly registered to a shell company in the Isle of Man.

Skipton House is also being developed by tax avoiders; despite having a property empire worth £4bn, developer (L&R) pays barely any corporation tax and is registered offshore in St. Kitts and Panama. 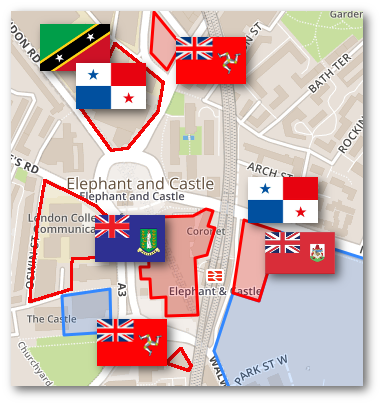 Heygate developer Lendlease's global corporate structure is too complex for us to see whether it shares its fellow developers' fondness of offshore companies. However, we have found that its development arm - Lend Lease Residential PLC doesn't pay a penny in UK corporation tax. Last year Lendlease UK's parent company in Australia recorded an annual profit of over £300m.