The 35% campaign welcomes the latest - and hopefully final - decision in the battle to make the Heygate viability assessment public. The Information Tribunal has directed that the whole viability assessment be made public, apart from developer Lend Lease's bespoke development model in the assessment's final appendix and the calculations concerning retail & office space - all other information has to be disclosed. Lend Lease and Southwark have been given 28 days to supply the information Commmissioner with the information as outlined by the Tribunal's decision notice. All parties may appeal the decision but only on a point of law.

Southwark Council has released a press statement also welcoming the decision. This is surprising because the FOI request for the assessment was made over two years ago and the Council has since fought tooth and nail to keep the viability asssessment secret. Southwark also misunderstands the Tribunal's decision notice when it claims that the Tribunal feared developers would simply refuse to work with councils. The Tribunal's view on this was clearly stated:

"We are doubtful of the claimed “knock on effects” of disclosure in this case. We had evidence that Lend Lease had changed the way it gave access to data as a result of the decision – but no evidence of any project having been put in jeopardy by the ICO’s decision taken some six months ago." (Tribunal Decision Notice, paragraph 43)

Southwark Council was supported in its appeal by Lend Lease, who paid a significant proportion of the money that the council has spent fighting the appeal against the Information Commissioner's decision. 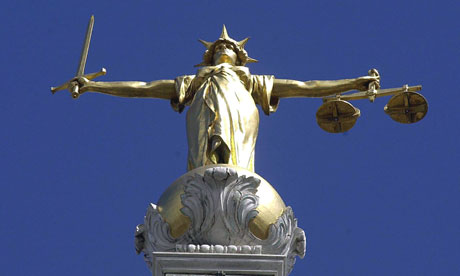 The viability assessment enabled Lend Lease to build less affordable housing than required by planning policy. The public should now be able to see whether Southwark's decision to waive policy requirements was justified. It was claimed at the planning committee meeting that just 9.4% affordable housing was viable. Only 79 social-rented homes will be built on the whole Heygate development - approx 3% of the total.

The Heygate decision puts the balance of public interest with local people. Their right to information that enables them to take part in the planning process has been found to outweigh the developer's interest in keeping information confidential.

"the importance, in this particular project, of local people having access to information to allow them to participate in the planning process outweighs the public interest in maintaining the remaining rights of Lend Lease"(Tribunal Decision Notice, paragraph 58)

We will be writing more about this as we digest the decision and what it means for housing campaign groups such as those at Greenwich Peninsula and Earls Court, which have also succeeded in obtaining the information commissioner's support for disclosing viability assessments. This is a trend that we will be encouraging other campaign groups to follow.