Southwark gets its reward

Southwark prides itself on being a 'developer friendly' borough. It has been endorsed by Lend Lease Director Rob Deck as a 'can do' council and it has been shortlisted (by developers) for the award of 'Best UK Planning Authority' at next week's MIPIM jamboree. But pressure is mounting on all councils including Southwark to withdraw from the MIPIM backscratching get-together. Over two dozen community groups, charities and trade unions have opposed MIPIM. Unite, Britains largest union has written to all of London's Labour-controlled councils asking them to "withdraw from participation in MIPIM and the close relationships with private developers that the event seeks to foster."; three have done so but not Southwark.

So it is a particulary embarrasing moment for Lend Lease to announce on the Sydney Stock Exchange pre-sales totalling £312m (AUD$ 570m) from just 20% of the 3,000 homes it is building at the Elephant & Castle. As we detailed in our previous blog, Southwark is going to have to wait 11 years before it gets a sniff of any profit from the Heygate and so far Southwark has received just £15m of its £50m Heygate land receipt while having spent over £65m emptying and demolishing the estate. 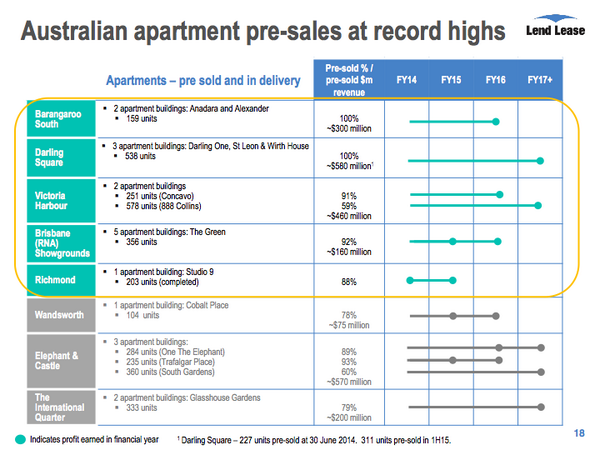 In Southwark, properties in the Neo Bankside development, opposite Tate Modern, were reported to be selling for an average of £1,326 per square foot in 2012, nearly double that claimed by developer Grosvenor when planning permission was granted: Grosvenor's viability assessment claimed its residential properties would sell for an average of just £754 per square foot[^1]. These figures also take no account of the unsold penthouses, which are currently on the market for £22m (each). Put simply: the developer undervalued its development by at least £143m in order to avoid affordable housing requirements[^2]. 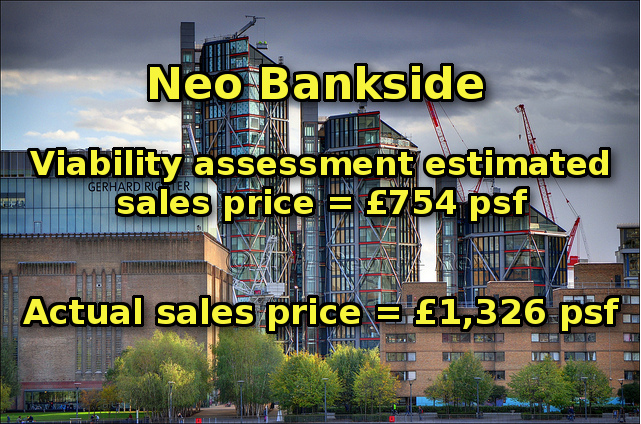 Southwark Council didn't refer the Neo Bankside viability assessment to the District Valuer or other independent expert for appraisal, but had its Internal Property Division look it over instead[^3]. Its Property team recommended that the council accept the developer's poverty plea and settle for a conciliatory offer of a £9m in-lieu payment. Based on Southwark's in-lieu affordable housing tariff [^4] this was a whopping gain to the developer of £16.2m. The absence of any review or reappraisal mechanism in the planning approval, means that there is no chance that Southwark - or anyone in Southwark who needs affordable housing - will benefit from the properties being sold for twice the developer's original estimate. 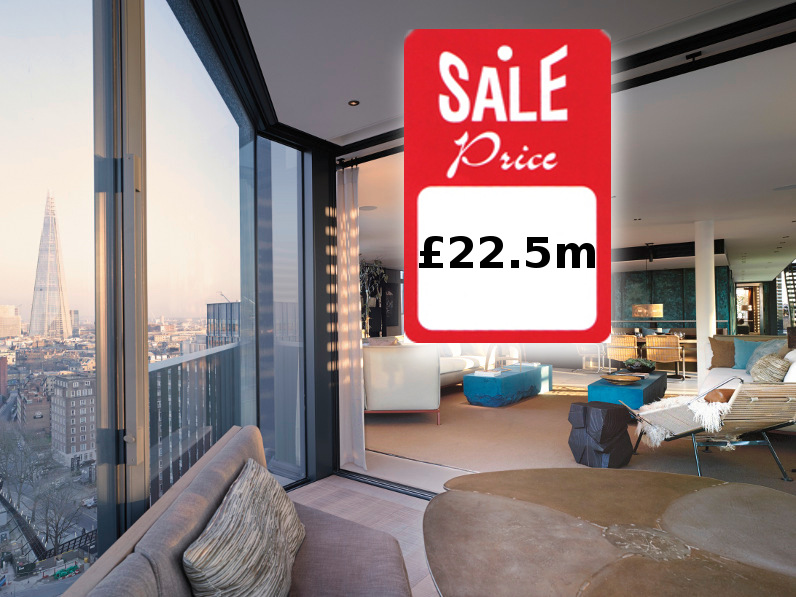 Developer Grosvenor's viability assessment can currently be viewed on the council's planning portal. We presume this was a mistake by Southwark, so in the event that it gets removed we have uploaded a backup copy which can be viewed online here.

In Kensington & Chelsea, the District Valuer's report evaluating the developer's viability assessment for the Earl's Court regeneration was finally disclosed thanks to the efforts of local campaigners. The report was highly critical, stating that the developer's assessment "ignores residential growth in values that occurs between construction start on site and the commencement of marketing and phased release of the dwellings". The report concluded by recommending that the council implement a ‘review mechanism’ so that it could increase the level of affordable housing in line with changing market conditions throughout the 22 year scheme. Unfortunately, no such review mechanism was put in place.

In Fitzrovia, developer TMCT Associates has adopted a different tack: instead of underestimating sales values it has inflated build costs in its application for an office to residential conversion at Eastgate House, just around the corner from Tottenham Court Rd. As is usually the case here and elsewhere, Westminster planning committee were initially denied access to the viability assessment, but councillors have now demanded to see it. Fitzrovia Neighbourhood Association has got there first, and it has published an account of what it found in its newspaper Fitzrovia News. The Developer has estimated that it will cost a staggering £1.2m per flat to convert from offices to residential.

Over in the huge Greenwich Peninsula regeneration of 10,000 homes, Hong Kong developer Knight Dragon has secured a reduction in the amount of affordable housing from 38% to 21%. Local campaigners City Peninsula Residents Association are fighting back and are due to appear at an Information Tribunal hearing in January in their efforts to reveal the viability assessment, which justifies the loss of around 1,700 affordable homes. The use of viability assessments in Greenwich appears to be rampant: none of the approved major developments over the last 12 months meets Greenwich's minimum requirement for 35% affordable housing.

##The benefit of review mechanisms A recurring feature of planning approvals involving viability assessments is the absence of any review mechanism. This means that any uplift in London property prices between the approval of planning and sale of new homes will not be reflected in an increased affordable housing offer. This will be the case on the Heygate estate, where Southwark failed to follow the District Valuer's recommendation that a 'review mechanism linked with delivery' should be made a condition of planning approval[^6]. The 37% increase in Southwark's property prices since The Heygate planning application was submitted, will therefore be translated directly into developer profit; the £101m worth of affordable housing that Lend Lease said it couldn't afford to provide remains permanently written off. The Heygate development is not due to be completed until 2025. Any further increase in London property prices over the next 11 years will be converted into Lend Lease profit; the measly affordable housing offer of 79 social rented units out of 2,735 new homes will remain unchanged.

Review/re-appraisal mechanisms for viability assessments don't just make good sense: as well as being in Southwark's case a policy requirement[^5], they are recommended in the official RICS guidance on viability testing[^6].

Some other councils are starting to wake up to the problem of the misuse of viability assessments: Inside Housing reported that Islington Council plans to "clamp down on ‘artificially pessimistic’ viability studies used by developers to minimise affordable housing obligations." Islington Council said it comes after it had "received a ‘significant number’ of viability studies that do not provide underlying methodology and modelling. These studies are ‘unsupported by robust evidence’ and create ‘an artificially pessimistic outcome’."

[^1]: See page 11 of the viability assessment submitted by the developer and which is currently published (we presume mistakably) on the council's planning portal.