Manifesto for the destruction of council estates

The prestigious Institute of Public Policy Research (IPPR) has published a policy paper that proposes the wholesale demolition of London's council estates, in the name of regeneration and to allow for the creation of so-called 'City Villages'.

The paper is the brainchild of New Labour peer Lord Adonis and includes a chapter by Southwark council leader Peter John. 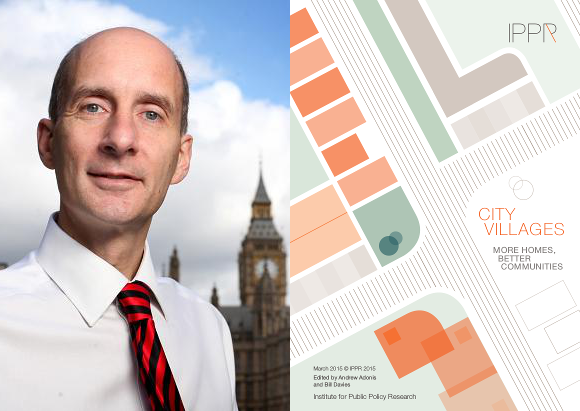 Adonis was a Greek god who was the epitomy of masculine beauty; our Lord Adonis is a more mundane character: a Blairite zealot who fancies himself as London's Deputy Mayor. He has gathered together a group of like-minded cronies including London borough council leaders and property developers to pen a policy proposal entitled "City Villages: More homes, better communities".

His Lordship draws on various provocative examples to make his case, including the Heygate estate. Southwark council leader Peter John writes a chapter on this great success story, which our readers will know from previous posts destroyed 1200 council homes, replacing them with 79 social rented units, plus 200 unaffordable 'affordable' units, ripping off leaseholders along the way - or, in Councillor John's words creating "a genuine mix of private owned, private rented, shared ownership and social rented homes for people of all incomes."

Councillor John further redefines the word success when he praises the Strata Tower's "distinctive three wind turbines", which do not turn, do not work and do not generate any electricity - a fitting symbol of the Elephant & Castle regeneration after all. 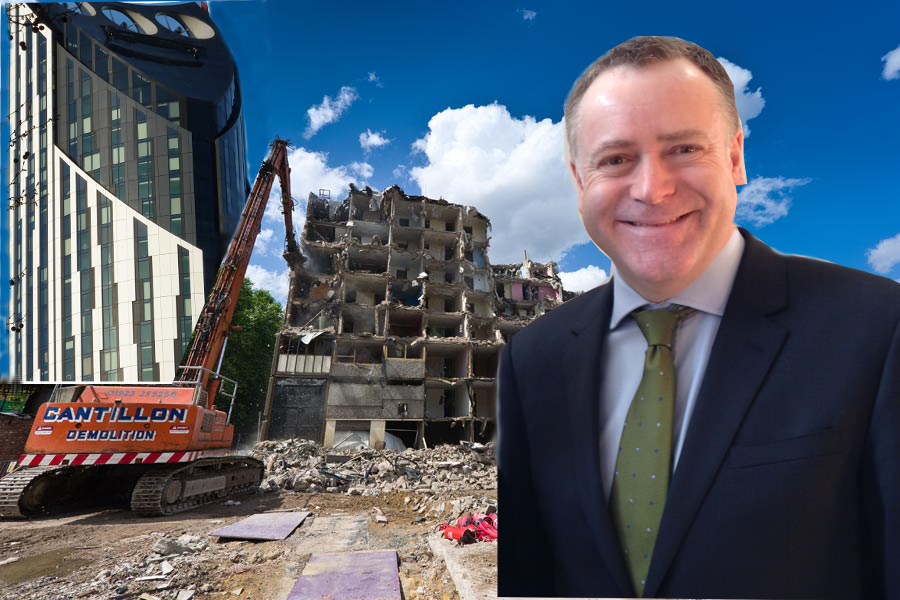 Lord Adonis laments the fact that only a "tiny fraction" of London's estates are currently being redeveloped and cites amongst these the massive Earls Court redevelopment, which will require the demolition of the West Ken & Gibbs estate and of course our very own Aylesbury redevelopment. Adonis claims that “The scale of council-owned land is vast and greatly under-appreciated”. and goes on to claim “There are particularly large concentrations of council-owned land in inner London, and this is some of the highest-priced land in the world.”

Both his Lordship and Councillor John acknowledge that this can all be a bit controversial, in that "redevelopment of estates is sometimes assumed to mean that existing tenants and residents will be displaced by wealthier incomers", but according to Lord Adonis "this need not, nor should it be the case", since redevelopment should offer ample opportunity for residents to remain in new homes once completed.

We beg to differ; over the past 10 years estate regenerations have lost us 8,000 social rented units, while increasing free-market housing ten-fold and doubling the overall housing density. The lessons that we've learned are that anyone who stands in the way of a regeneration - whether council tenant or leaseholder - is going to lose their home and will unlikely be able to afford any of the new homes.

We are not the only ones to take issue with Lord Adonis's policy proposals; Duncan Bowie, member of the EC of London Labour Housing Group and former advisor to Ken Livingstone has published a detailed critique of Adonis's proposals, which he describes as 'grossly out of touch'.

The date of the planning committee meeting for the Aylesbury redevelopment applications has been set back from the 14th April, possibly to the 21st April. The council has said it is expecting 'much interest' and it's likely that the meeting will be ticketed, which requires anyone wishing to attend to register with the council beforehand. Health and safety concerns are clearly uppermost in Southwark council's mind and will no doubt mean that numbers will also be limited.

However, the date for the Compulsory Purchase Order Public Inquiry is fixed (28th April - 1st May at Prospero House) and this will not be changed. The Aylesbury Leaseholders Action Group has published its Statement of Case ahead of the Inquiry. Their objections explain how replacement housing will be unaffordable to existing residents and explore the lack of transparency about the proposed tenure mix. You can read through their Statement of Case on their campaign website here. 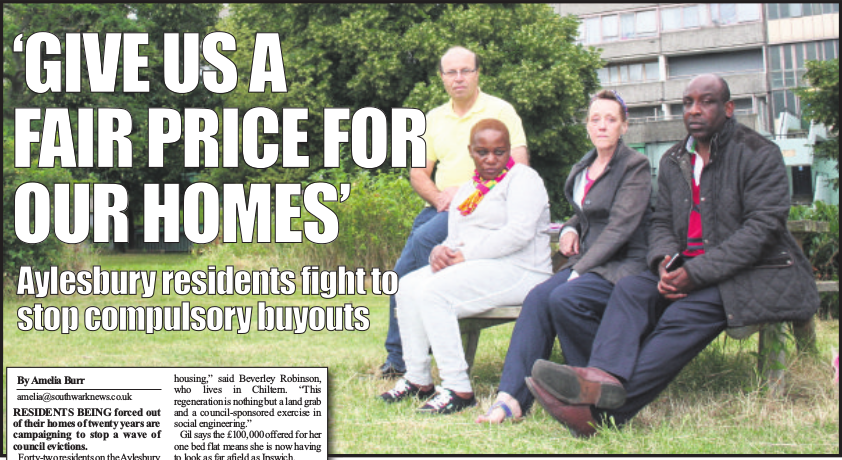 To return to the IPPR policy paper - it does make one or two constructive suggestions, such as the recommendation that "At a minimum, tenants should be balloted on regeneration schemes". Cllr John couldn't have read this bit, because of course the Aylesbury residents gave a resounding 'NO' to regeneration when they were balloted in 2001.

Another recommendation "Transparency about the future tenure mix is essential from the outset" is also absent from the Aylesbury redevelopment; as we saw in our last two blog posts, Notting Hill Housing's definition of social rented tenure is as clear as mud and it has also been reported to be converting its existing social tenancies at an alarming rate.