Most people are aware that private developments are supposed to provide a certain amount of affordable housing, called S106 contributions. The Signal Building at the Elephant and Castle is one such development - 22 storeys, 38 residential units, with an S106 contribution of 11 affordable homes, to be provided 'at no cost to the council' [^1] when planning permission was granted in 2011. 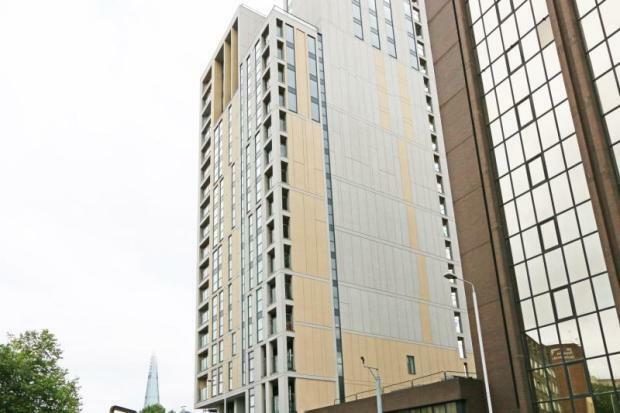 But in an extraordinary turn of events, Southwark Council's Cabinet is tonight set to agree to pay around £200k each to return 9 of the 11 units to affordable housing, after alleging that they had been sold by the housing association concerned in a series of 'sham transactions'.

Southwark has been pursuing a High Court claim against housing association London District Housing Association (LDHA) and numerous other defendants, including developers and leaseholders. While the hearing is due to begin between 5 and 7 July at the High Court and scheduled to last 15 days, Southwark has set the money aside to 'facilitate settlement' with the leaseholders out of court. Southwark's court claim gives open market values of between £650k and £795k for each of the properties, but estimates their affordable housing values at between £190k and £211k. If there should be no settlement Southwark is seeking damages of £1.98m in total. Southwark has reached a seperate, and confidential, settlement with LDHA and with 'entities' from the Trademark Group, who were involved in the development and financing of the scheme.

This settlement follows a similiar one, again confidential, with LDHA and Trademark SPVs, registered under the name 'Protected Growth Plan' (PGP finance and PGP Securities), after Southwark alleged that 26 more affordable homes on four other developments were also sold in breach of planning consent. One of the developments is Trademark's joint-venture development with Galliard homes at the Jam Factory in Bermondsey, a second 'South City Court' - a joint venture with Galliard in Peckham and there is a third on Wanley Rd in Dulwich.

In its High Court claim Southwark alleged 'sham' documents were used for 'fraudulent' purposes. As reported in the Sunday Times in April, LDHA and Trademark denied Southwark's claims and they have not yet been proven in court. The Jam Factory settlement will return 16 of the 18 units to affordable housing under a new S106 agreement between Southwark and new affordable housing provider, Heylo Housing. We understand that no damages have been paid to Southwark, which has claimed that there has been no loss to the public purse from the Jam Factory case. We have no information on the status of the two outstanding units at the Jam Factory, the two at Signal Tower and the eight 'affordable' housing units at South City Court and Wanley Rd. The essence of Southwark's allegations for all the sites was that the affordable housing was improperly 'stair-cased out'; i.e. passed into full ownership and thus onto the open market, in an implausibly short length of time. Southwark's Statement of Case alleged that the PGP companies 'conspired' with LDHA to 'recruit' individuals to be the supposed 'nominees' for the shared ownership leases. In the Signal Tower court papers Southwark alleged that 3 of the properties were purportedly 'stair-cased out' in 2 days, two in 3 days, one in 4 days and another in 7 days [^2]. The usual period is 21 years, acording to approved Homes and Communities Agency leases.

The Sunday Times reports that LDHA denied executing or knowing about any sham documentation. Protected Growth Plan are reported as saying they were not party to the original S1O6 agreements, was not bound by them and had not breached any law.

London District Housing Association (LDHA), formerly the Faithland Housing Association, is the housing association involved in the alleged scam. Its head office overlooks the Jam Factory, and it aggressively pursues every new development in zones 1-4, according to an industry source. LHDA's board report claims they have placed 2500 units under offer in central London and have secured units in Southwark, Camden, Greenwich and other London boroughs. Their website claims that they provide housing for service personal and key workers, giving particular emphasis to BME applicants.

LDHA's chairman Phillip Butt and director Sehaer Siddique, are former officers at Lambeth Living, Lambeth Council's housing management company. According to its Articles of Association, Faithland Housing Association was incorporated at the same address as Trademark Group's head office at its City Walk development on Long Lane in Bermondsey[^3]. One of LDHA's directors is also a director at Trademark[^4]. Trademark's head office also happens to be the former registered address of disgraced Ujima housing association, a specialist BME housing association that went bust after the Housing Corporation failed to act on reports of large-scale theft and fraud.

According to its website, Trademark has delivered 4300 homes across 12 developments, all of which in Southwark - including joint ventures with Galliard's Marcia St development, Galliard's City Walk scheme, the Bacon Factory and the Canada Water regeneration. The City Walk scheme was in the news last year after complaints of substandard construction.

Some of Trademark's joint venture schemes with Galliard in Southwark

The named developer of the Signal Building is Neobrand Limited, who a web search reveals to be an estate agents in Whetstone, north London. A second Neobrand company, Neobrand No 2 Ltd is the named developer of 87 Newington Causeway, next door, but separated by a railway line from the Signal Building. Both Neobrand companies share the same business address and company officers. Neobrand No 2 successfully obtained planning approval for a 140-bed hotel and 38 residential units, including 16 affordable units consented in March 2016. It appears however that the permission may have lapsed, due to absence of a concluded S106 agreement.

Ombudsman's decison - an audit is required The Signal Building and the Jam Factory were amongst the 46 developments that the 35% Campaign submitted in its complaint to the Local Government Ombudsman, that affordable housing from private developments was not being delivered. Supposedly affordable units in the Signal Tower were being openly advertised on AirBNB for £129 per night. The Ombudsman's summary conclusion, issued last November, was that 'When imposing conditions for providing social housing through S106 agreements, the council failed to implement a structured procedure for supervising compliance'. He added 'It has now begun a borough wide audit into compliance'. The cases of the Jam Factory, Signal Building, South Court Central and Wanley Rd illustrate how urgently we need this audit.

More importantly, when it does discover that planning conditions have been breached, the Council should take a firm stance, especially when allegedly 'sham transactions' and 'sham documents' are involved. Purchasing affordable units that should come at no cost and making concessions in out of court settlements is giving out the wrong signal. We say the Council should instead stand firm, pursue its court action to return the units to their consented use and refer the matter not just to the housing association regulator (HCA) but also to the police.