Lendlease's proposal to build a giant office block on the last plot (H1) of the demolished Heygate estate has been recommended for approval by Southwark Council's planning department. It now goes to the planning committee for a final decision tomorrow (Tues 4 Oct).

If approved the office block will replace the housing that Lendlease promised in 2012, when it won planning approval for Elephant Park. As we reported in a previous blog, Lendlease's original plan for H1 was to build three residential blocks, one of 30-storeys, two of ten-storeys, comprising about 300 homes. The new office block application will be much larger than the abandoned H1 housing development. According to the committee report on the office block proposal, it would exceed the housing footprint and have a greater mass.

Lendlease says that it has built enough housing on the rest of Elephant Park, to allow it to build an office block on H1. To do this more homes have been shoehorned into fewer plots, leaving H1 as a ‘spare’ for the office development. Were Lendlease to continue its plan for housing on H1, it would be required to submit a viability assessment, which would open up the question of affordable housing provision across the scheme.

Lendlease’s H1 proposal has generated over 500 comments, mostly objections, on a range of issues. Local campaigners and groups (including the 35% Campaign) supported by the Southwark Law Centre, have focused on the lack of affordable housing, affordable retail and community space on Elephant Park. There are also concerns about the proposed health hub and a question mark over the levels of social rent, as well as objections to the design and size of the proposed building and shortfalls in carbon reduction.

Plot H1 is the site of a demolished council estate and as such a brownfield site that should be optimised for housing, according to the Mayor’s London Plan 2021 policy (also called H1).

Also, while Lendlease have built 2,689 homes on Elephant Park it has only delivered 25% affordable housing, including only 100 social rented homes, much less than the 35% required. Lendlease’s claim in 2012 that they could only provide those numbers was justified by a viability assessment that is now ten years old and which was based on 2,462 units, two hundred and twenty-seven fewer than the 2,689 than has actually been built. There should be a new viability assessment, on the basis of the actual number of units delivered, to ensure the maximum amount of affordable housing, in particular social rented housing, is built on Elephant Park.

Will there be a Health hub?

Lendlease hopes that the offer of a health hub will sweeten the office block proposal. Under the Southwark Plan 2022 Lendlease is obliged to give over 10% of the floorspace to either ‘public health services’ or affordable workspace, in any event, so this is by no means a gift. The committee report also reveals that the health hub is just the ‘priority option’ and so the hub will not be secured by granting the planning permission, only after further successful negotiations between Lendlease, Southwark and the South East London Integrated Care System (SEL ICS).

If there is a health hub it will also only have a short 30-year lease (compared to the 250-year lease granted by Lendlease to Southwark for the Walworth Library, now on Elephant Park).

A further concern is the probable loss of the Princess St and Manor Place surgeries, should the hub be built. While it would no doubt provide more up-to-date facilities than the surgeries, the impact for future local health provision and the impact on users of those existing facilities (eg in terms of potentially longer journey distances), beyond the development site, really demands a comprehensive public consultation before, not after, the determination of this application.

Neighbouring Princess St Surgery and Manor Place Surgeries at risk of being replaced rather than complemented by any new health facility.

Objectors say no decision should be made on the Plot H1 application until all these issues are resolved, one way or another.

What kind of community space?

The community space provided by Lendlease on Elephant Park is largely taken up by amenities such as a library and nursery. While this is welcome (although the library appears to have been purchased by Southwark [for £6m]), there is little available for the local community to let at affordable cost, for social and other events. The terms for such rented community space (the so-called Trunk) have been long promised, but not concluded. The Plot H1 application should not be approved unless the community space is improved and leasing and letting arrangements are finalised.

Lendlease’s proposes a building higher and larger than that which would have been built, had they stuck to their original promise of building new homes. This housing was also designed after extensive local consultation, which has now completely fallen by the wayside. The proposed office floorspace is nearly ten times greater than that which would have been allowed before the adoption of the 2022 Southwark Plan and will have nearly double the floorspace than originally planned. The proposed building will dominate views and reduce sunlight in Elephant Park and have severe negative impacts on neighbouring buildings.

Southwark’s Design Review Panel has also said that the proposed building had an ‘overly bulky character’ and had concerns about the deep plan design; it invited Lendlease to return to them, but this has not happened, according to the committee report. Objectors say that the proposal should be returned to the Design Review Panel for its further opinion, before any decision on the application is made.

Any room for displaced traders?

A large number of local businesses, most from black and ethnic minority backgrounds, have been displaced by the Elephant’s regeneration, in particular by the demolition of the shopping centre. 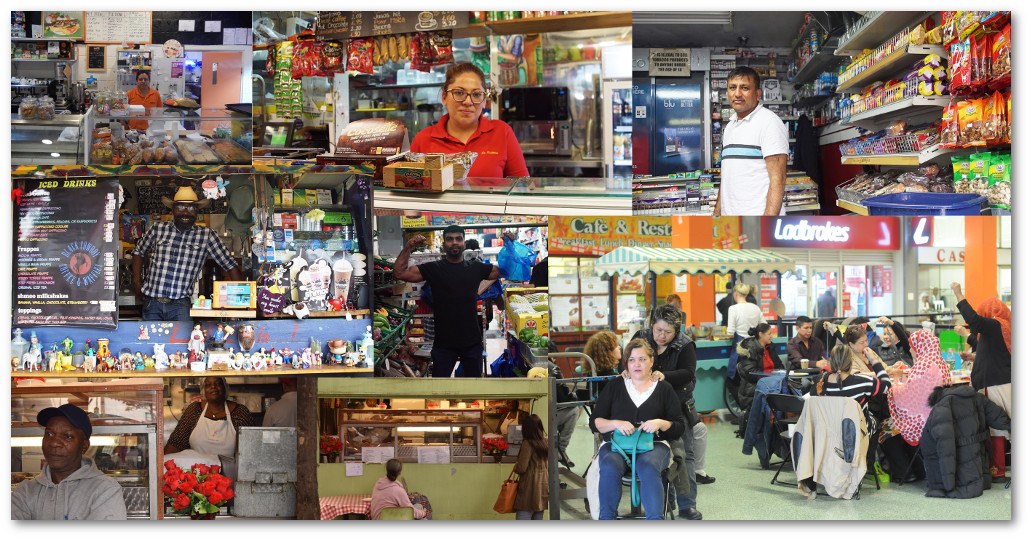 Lendlease has an obligation under the Elephant Park planning permission to help relocate some of these traders by providing affordable retail units and workspace.

Lendlease has not yet met that obligation fully, supplying only 902sqm, against a requirement of 960sqm. While this is a relatively small amount, the requirement is a minimum and still leaves many traders without premises, including La Bodeguita, one of the Elephant’s largest independent traders. Arch 7 traders also face relocation. Plot H1 should be used to help as many remaining displaced traders as possible.

Instead of passive heating or heat pumps, which tend to be the norm in most new developments, the office block will be heated by a central gas boiler.

This is despite the development being selected as one of only 19 schemes worldwide, which claim to be 'zero carbon or carbon positive' and provide an example of sustainable development.

In addition, Lendlease has chosen not to fully comply with the 2022 Southwark Plan's minimum requirement to reduce CO2 by 40%, cutting it instead by 38% and make the difference up with an offset payment of £1.2m. This is a small shortfall, but if Southwark is to reach its target of being carbon neutral by 2030 the full 40% should be met on-site. It is also a long way short of the pledge made in 2009 for the Elephant regeneration by the Lendlease Europe Chief Executive to be a Climate Positive Development and ‘to strive to reduce the amount of on-site CO2 emissions to below zero’, as a founding project of the Bill Clinton Climate Initiative. 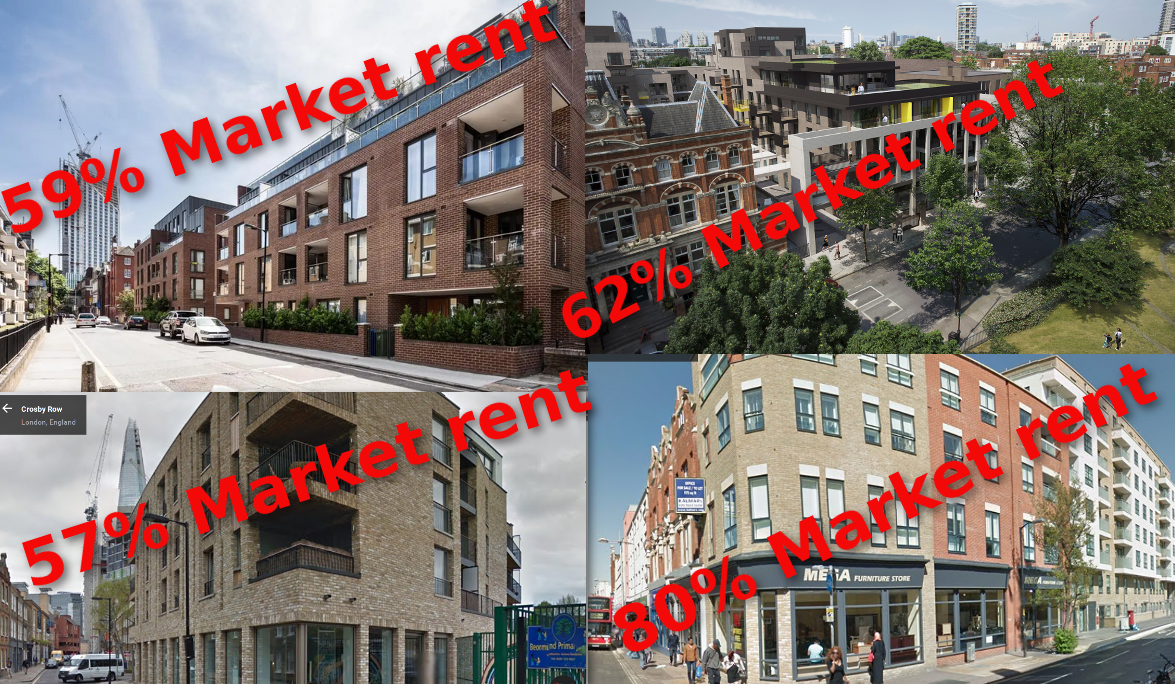 We have written about this problem since 2016 and Southwark still has no effective system for monitoring the rent levels of social rented housing managed by RSLs.

Lendlease has maximised its gains from the Elephant Park development at every turn – primarily by building more homes than originally consented, selling many of them overseas and by reducing the amount of affordable and social housing.

Up to now, Southwark Council has meekly accepted any argument Lendlease cared to make to justify all this and done what it can to give Lendlease’s H1 office proposal a safe passage.

Southwark now has a final chance to redeem itself, by heeding the objectors to Plot H1 and not approving Lendlease’s application on Tuesday evening. It must also urgently demand another viability assessment, to determine just how much affordable housing Elephant Park can really deliver. The is Southwark's last chance to claw something back from the disastrous redevelopment of the Heygate estate. The decision now lies in the hands of the planning committee - all eyes are on them!