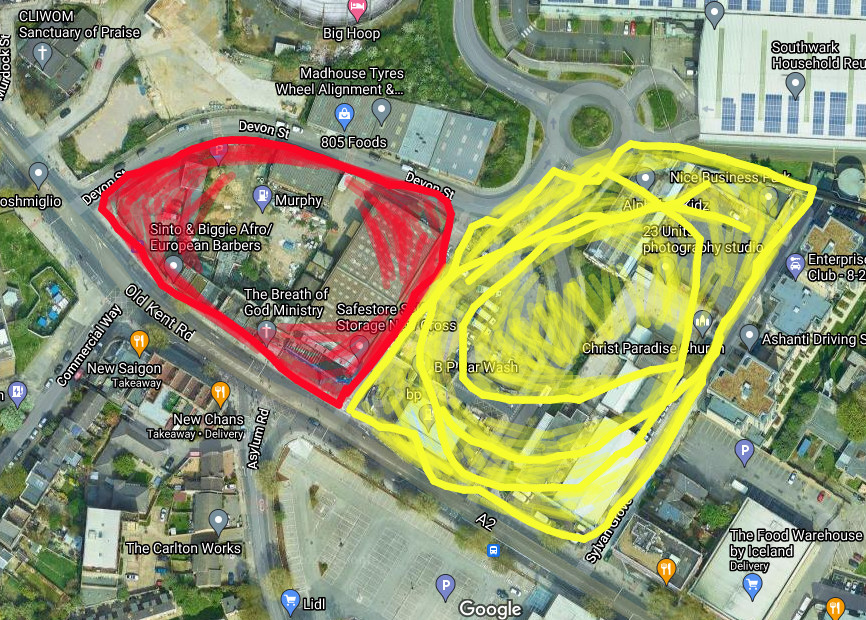 In September 2018 Southwark Council resolved to sell this commercial site that it owned on the Old Kent Road to developer Barkwest Ltd for an undisclosed sum. Land registry records show that Southwark is still the owner of the site, but that it is subject to an agreement for sale to Barkwest. The Cabinet report authorising the sale says that the land won’t be transferred until the scheme has been implemented.

A year later it purchased an adjacent site from developers for an undisclosed sum. Land Registry records show that the Council paid £12.3m for the site.